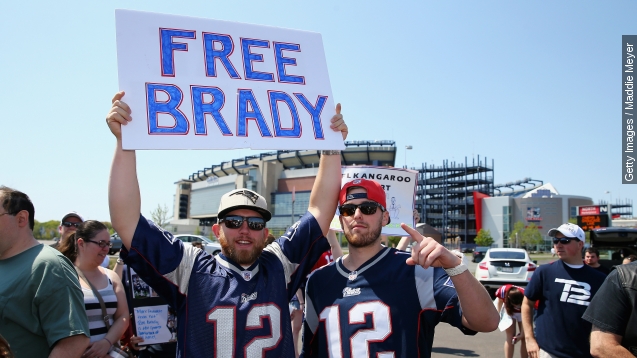 SMS
Will Brady, Goodell Reach Deflategate Settlement? Doubtful
By Matt Moreno
By Matt Moreno
August 12, 2015
A Manhattan-area judge has ordered the two sides to discuss a settlement before moving forward with the case.
SHOW TRANSCRIPT

After months of investigating, weeks of appeals and constant bickering, NFL commissioner Roger Goodell and Patriots quarterback Tom Brady may be on the verge on finally settling deflategate. I mean it this time.

A Manhattan area judge has ordered both sides to try and privately discuss a settlement before moving forward with the case.

Goodell said Tuesday, "We will certainly cooperate fully with that and will allow the judge to handle the process from there."

A willing compromise between the two sides seems unlikely, though.

Brady's appealed the suspension, but Goodell held firm on it, in large part, due to Brady's intentionally destroyed cell phone. The league considered that a destruction of evidence. (Video via NECN)

If the suspension stands, backup quarterback Jimmy Garoppolo is expected to fill-in during Brady's absence.