Will Boxing Pick A Fight With Periscope? 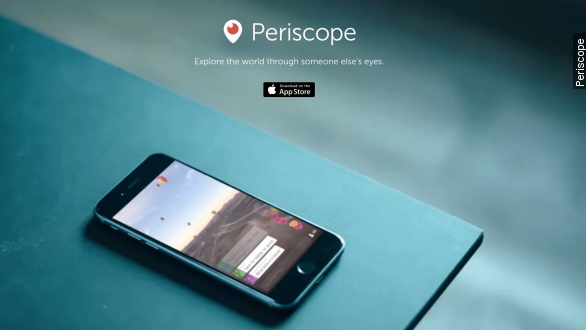 SMS
Will Boxing Pick A Fight With Periscope?
By Danny Matteson
By Danny Matteson
May 5, 2015
According to multiple reports, the Mayweather vs. Pacquiao fight was available for free through Twitter's broadcasting app Periscope.
SHOW TRANSCRIPT

The so-called fight of the century was last Saturday, but boxing itself might have a new foe on its hands.

According to multiple reports — and just about any sports fan's Twitter feed — the Mayweather vs. Pacquiao fight was readily available for viewing through the app — for free.

So much so that Twitter CEO Dick Costolo, in what some saw as tacit endorsement of piracy, declared Periscope the fight's real winner.

Meanwhile, financial media outlet Benzinga tweeted that the fight was available — free of charge — on at least 21 different Periscope channels.

So, do the math and you can see boxing’s issue with the app. With a pay-per-view price tag of $100 a pop, that's some serious cash left on the table.

"I would assume if you bought the fight and then let 10,000 other people watch the fight with Periscope, there would be some issues there — some legal ramifications there," sports broadcaster Dan Patrick said.

That assumption would be correct. According to ESPN, the President of Top Rank, the company that promotes Manny Pacquiao, is already eyeing legal recourse. (Video via Top Rank Boxing)

And a writer for Mashable foresees a potential "dark side" to the app's newfound attention. He writes, "Periscope and Twitter are now front and center for what could be a complicated legal debate over piracy, reminiscent of the growing pains — and lawsuits — that YouTube experienced."

For their part, Periscope certainly isn't endorsing the pirated streams. The app's co-founder wrote in a Tweet: "Piracy does not excite us. Trust me, we respect IP rights & had many people working hard to be responsive last night (including myself)."

Despite whatever piracy actually went on, the fight is still expected to set a pay-per-view payday record.

Deadline Hollywood reports pay-per-view from the fight alone is expected to earn some $400 million.