Will Bill Cosby's Quaaludes Admission Lead To A Confession? 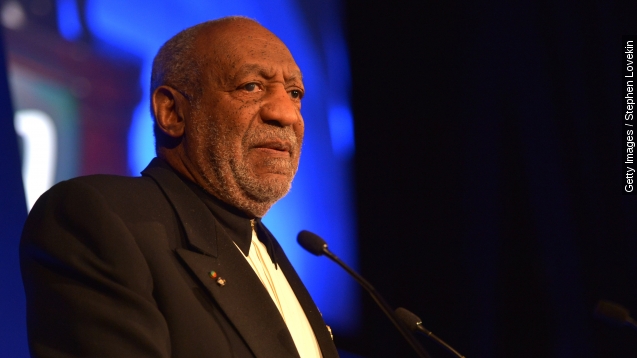 Bill Cosby, who for months has faced accusations of sexual assault, once admitted to obtaining and using sedatives with the intent to give them to young women.

According to documents obtained by The Hollywood Reporter and other outlets, during a 2005 lawsuit, Cosby admitted to obtaining Quaaludes with the intent to give them to women he wanted to have sex with. He also confessed to giving the drug to at least one woman and "other people."

The comedian's testimony came during a civil suit involving a woman who accused him of drugging and sexually assaulting her. The case was settled in 2006 for an undisclosed amount of money. (Video via Comedy Central)

Dozens of women have come forward to accuse 77-year-old Cosby of similar behavior over several decades. He's never been charged in connection with these claims.

But for many social media users, the jig was finally up when the news broke Monday.

So the question becomes: will the release of this new information force Cosby into a confession? It doesn't seem likely.

As a professor of marketing at the University of Southern California told USA Today, the documents could be the best-case scenario for the former "Cosby Show" star. (Video via NBC / "The Cosby Show")

And from a legal standpoint, it's in Cosby's best interest to stay silent.

All of the allegations against him we know of at this point took place in 2004 or before, which means the statute of limitations for civil cases have almost certainly passed.

The statutes of limitations for criminal cases are usually longer. But as Vox pointed out in a report last year, the lack of physical evidence and the passage of time would make it extremely difficult for prosecutors to win.

But that won't stop attorneys like Gloria Allred, who's representing several of Cosby's accusers, from trying.

"We are looking forward to questioning him about these latest allegations," Gloria Allred told CNN.

Cosby's lawyers have yet to comment on the release of the court documents.