Will Amazon 'Wal-Mart' The Bookstore Business? 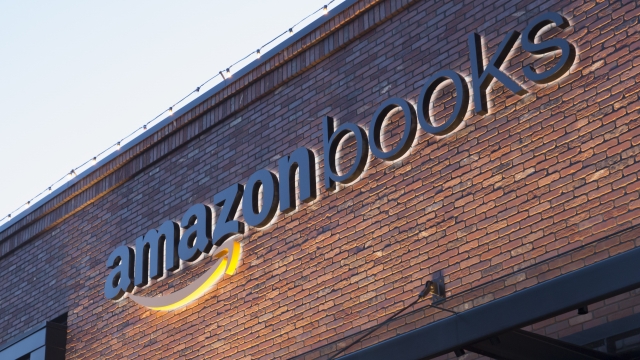 SMS
Will Amazon 'Wal-Mart' The Bookstore Business?
By Evan Thomas
By Evan Thomas
February 3, 2016
Amazon is in a position to rapidly expand its physical stores thanks to its business model, which looks a lot like Wal-Mart's.
SHOW TRANSCRIPT

When you think of Amazon, you don't think physical stores.

But on an earnings call this week, an official with shopping-mall operator General Growth Properties said Amazon could be planning for as many as 400 brick-and-mortar bookstores.

If there's any truth to the plan, it looks a good bit like the behavior of another massive retailer: Offer more of everything for cheaper than the competition and then set up shop on the ground in those markets where smaller businesses can no longer survive. (Video via Wal-Mart)

More of everything: check. A recent count showed Amazon was responsible for 64 percent of online book sales and 67 percent of e-book sales. (Video via Amazon)

Failing competition: check. Success in online books was a big part of squeezing places like Borders out of business.

Now the question is whether physical locations will work for Amazon.

Its one experimental brick-and-mortar bookstore is doing fine, making local retailers skittish — even if it's not driving any of them out of business yet. (Video via NBC)

And it will help that Amazon has a robust personal technology arm that it can also promote in its stores. (Video via Amazon)

Or maybe Amazon is doing this just because it can. A writer at Vox puts it like this:

"[Amazon] is driven by a relentless desire to conquer everything in its path, and brick-and-mortar retail is a thing."

To the occasional frustration of Wall Street, Amazon's goal is to expand, not to make money. When it gets cash, it turns around and dumps it into the business. (Video via Amazon)

Maybe this time the target will be physical stores. But if and when an expansion happens will be up to Amazon — and the company hasn't commented on the possibility.