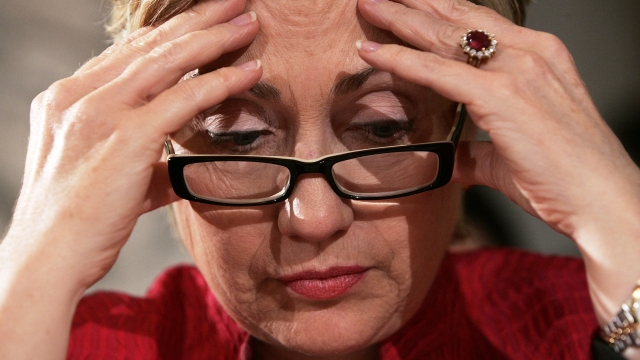 The Clinton campaign is dealing with yet another set of leaked emails.

The emails are kept in a database that's searchable by address, attached file name and keyword.

Podesta has a history with the Clintons that started long before this presidential election cycle. He was the chief of staff for former President Bill Clinton and served as a counselor for President Barack Obama.

So what do the emails say? More than half of them reference nuclear energy, and others include information about Clinton Foundation donations.

But one email in particular has details about Clinton's paid speeches, which were a hot-button issue in her primary race with Sen. Bernie Sanders.

The email from Tony Carrk, Clinton's research director, points out red flags from paid speeches. Those flags include Clinton admitting she is "out of touch" with the middle class, needs "Wall Street funding" and "is aware of security concerns about Blackberries."

Those comments might not sit well with voters who are concerned about her connections to Wall Street or her private server email scandal.

With the November election about one month away, this is not a great time for a controversy to pop up for either candidate.

And according to WikiLeaks, this is just part one of a series of leaks connected to Podesta.

WikiLeaks editor-in-chief Julian Assange isn't keeping his dislike for Hillary Clinton a secret. He is openly working against her.