WikiLeaks Founder Might Have To Talk With The Officials He's Avoided 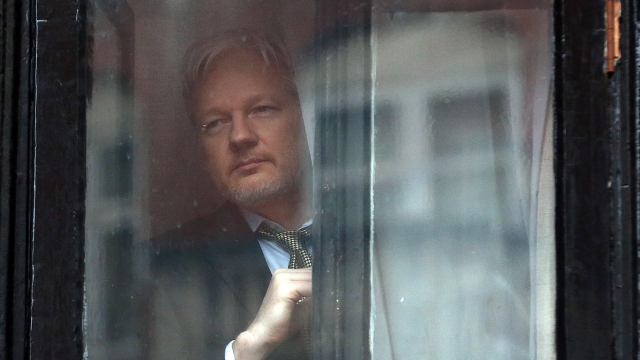 SMS
WikiLeaks Founder Might Have To Talk With The Officials He's Avoided
By Melissa Prax
By Melissa Prax
August 11, 2016
Julian Assange has avoided talking to Swedish officials while in asylum at an Ecuadorian embassy in London, but that could change soon.
SHOW TRANSCRIPT

Some of the last people Julian Assange likely wants to talk to just scored an interview with him.

Swedish officials are set to interview the WikiLeaks founder in London, where he's holed up at the Ecuadorian Embassy. Assange is facing the possibility of extradition to Sweden, something his lawyers have said could mean he'd be handed over to the U.S.

But Swedish prosecutors have contested that idea, saying they don't have the legal power to do that.

Neither country has brought formal charges against Assange, but Sweden issued a warrant for his arrest in 2010 over sexual assault allegations.

And that's what Swedish officials want to question him about. Questioning would be the first stop to potentially charging him — a requirement under Swedish law.

Those sexual assault allegations almost got him extradited to Sweden in 2012, but after losing an appeal, he found asylum in London's Ecuadorian embassy.

And since classified U.S. government documents have been published on WikiLeaks, his lawyers argue that charges in the U.S. could come with the death penalty.

Ecuador's officials are hashing out the details with Swedish officials and as of Thursday morning, haven't set a date for an interview.

This video includes clips from 5 News, WikiLeaks, BBC, ITV and Channel 4 and images from Getty Images and Tage Olsin / CC BY SA 2.0.