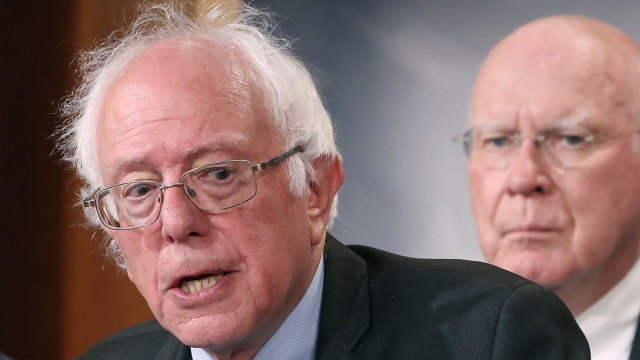 The message from May says, "He had skated on saying he has a Jewish heritage. I think I read he is an atheist. ... My Southern Baptist peeps would draw a big difference between a Jew and an atheist."

Sanders isn't actually named in the email, but in May, he was the only candidate with a Jewish heritage from either party. It's also not really clear if he's even an atheist.

"I would not be running for president of the United States if I did not have very strong religious and spiritual feelings," Sanders said.

But the idea that members of the DNC staff may have been plotting against a Democratic candidate is sure to piss off nearly everyone. Criticism of a "rigged system" to make sure Hillary Clinton was the nominee plagued the primary from the start. This is going to make it a lot worse.

And if Clinton and Democrats need anything as they head into their convention next week, it's not protesters yelling about a rigged nomination.

According to The Intercept, the author of the email says he doesn't remember the message but says, "It would not have been Sanders. It would probably be about a surrogate."