Padres' Solarte Posts Tribute To Wife, Who Died From Cancer 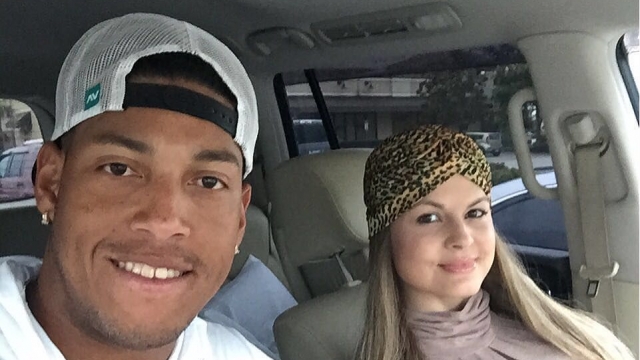 SMS
Padres' Solarte Posts Tribute To Wife, Who Died From Cancer
By Grant Suneson
By Grant Suneson
September 18, 2016
Sand Diego Padres infielder Yangervis Solarte will be out indefinitely after his wife died due to complications from cancer.
SHOW TRANSCRIPT

San Diego Padres infielder Yangervis Solarte will be out indefinitely after his wife, Yuliette, died Saturday due to complications from cancer at the age of 31.

Solarte was scratched from the Padres game on Friday to be with his wife and three daughters in Florida.

Despite his loss, Solarte indicated he'd like to bring his daughters back to San Diego and rejoin the Padres at some point this season.

Padres manager Andy Green said, "With what he's been through at home, his ability to still perform on a baseball field has honestly been astounding to me."

On Twitter, the Venezuelan third baseman thanked well-wishers for their support, writing in Spanish, "I have no words to describe this. We had a tough year, but I know that she fought."