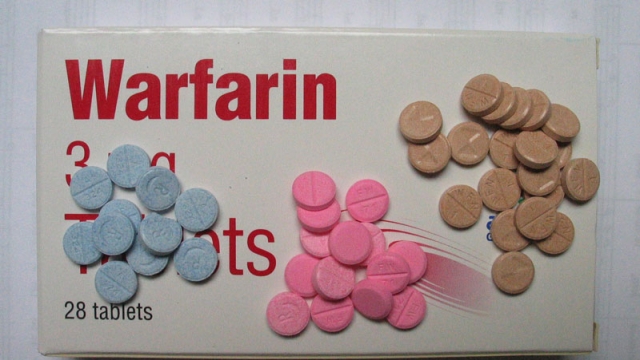 Researchers have linked a widely used heart drug to increased risk of dementia.

Warfarin is a blood thinner used in the treatment of atrial fibrillation, an abnormal heart rhythm that affects millions of people in the U.S.

Researchers at the Intermountain Medical Center Heart Institute tracked more than 10,000 patients who took warfarin long-term, both for atrial fibrillation and for other conditions.

The researchers found that patients with atrial fibrillation experienced higher rates of dementia and Alzheimer's.

This is the first study to detail the dementia risks of warfarin. Doctors warn the connections between blood thinners, atrial fibrillation and dementia are still not clearly understood.

The study's lead author says because doctors are only now learning about the risks, "only those that absolutely need blood thinners should be placed on them long-term."

This video includes clips from the National Institutes of Health and Intermountain Medical Center Heart Institute and images from Gonegonegone / CC BY SA 3.0.