Why You Should Give A Crap About World Toilet Day 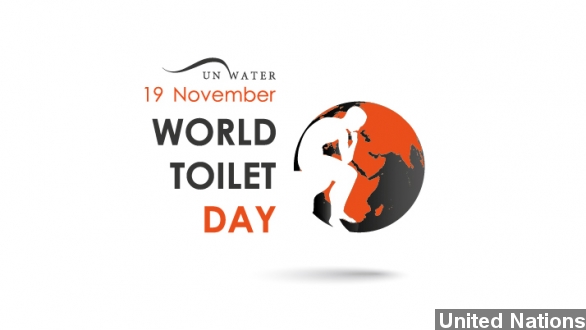 All right, folks, it's time for some toilet talk. Seriously. This Wednesday marks the second annual World Toilet Day, and while the subject is easy to make fun of, it's a big issue.

That's because according to the United Nations, 2.5 billion people, or 35 percent of the world's population, currently don't have access to basic sanitation such as toilets and latrines.

THE GUARDIAN: "More people around the world have access to mobile phones than to toilets. The numbers are actually quite close both are around the 4.5 billion mark but the implications are clear — we value a text, a tweet and blinking pixels more than one of our most basic sanitary needs."

According to the World Health Organization and UNICEF, more than 1 billion of those people without access to basic sanitation are forced to practice open defecation, which can spread illnesses such as diarrhea or cholera through contaminated water. 600 million of them live in India.

The unsanitary practice is not only a risk to those who are forced to clean it, as Human Rights Watch shows in this video, but also to millions of children under the age of 5.

It's an issue that's led to the creation of some rather interesting sanitation campaigns by world organizations — such as this UNICEF cartoon.

Nonetheless, toilets are important for other reasons aside from health. According to the World Health Organization, poor water and sanitation costs developing countries $260 billion each year, or roughly 1.5 percent of their GDP. (Video via WaterAid)

And the World Bank's "Take it On" campaign for sanitation also points out how open defecation can hurt women's dignity or even put them at risk of being attacked while vulnerable.

India isn't the only country facing the problem of open defecation and lack of sanitation. It's a global issue, and it's even caught the attention of some celebrities.

MATT DAMON VIA WATER.ORG: "And so in protest of this global tragedy, until this issue is resolved, until everybody has access to clean water and sanitation, I will not go to the bathroom."

With the United Nations' goal of improving global sanitation and ending open defecation by 2025, it seems like Mr. Damon might be waiting awhile for that trip to the bathroom.

This video includes a logo from the United Nations.