Why You Should Care About Baseball's Reported New Strike Zone 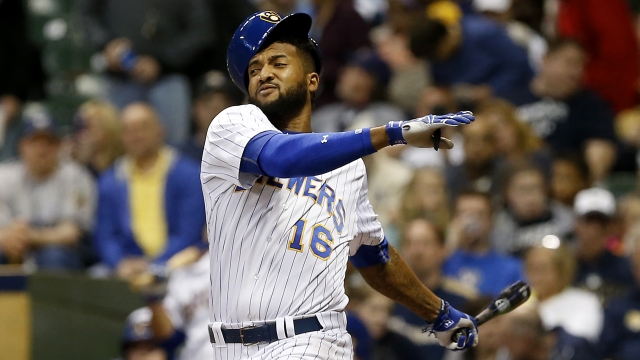 SMS
Why You Should Care About Baseball's Reported New Strike Zone
By Carter Woodiel
By Carter Woodiel
May 22, 2016
MLB is reportedly raising the bottom edge of the strike zone as early as next season. Here's why that's a really big deal.
SHOW TRANSCRIPT

MLB officials are reportedly working to raise the strike zone a couple of inches, starting as early as next season. This may sound like a boring old rule change, but trust us, this is really important. Here's why.

Strikeout rates in the MLB have been ballooning recently. It's gotten so bad that each of the last eight MLB seasons has broken the big-league record for most strikeouts per game.

With that in mind, ESPN reports MLB execs want to move the bottom of the strike zone from where it is now — right below the batter's kneecaps — to the top of the knees. This is important because more strikes are being called down there than ever.

See, the strike zone pictured in the rulebook isn't always the one that's called by MLB umpires — they are human after all. And we might have computers to blame for the rising K rates.

In 2009, MLB rolled out a new computer system that charted the location of every big league pitch and whether umpires had called it correctly.

Soon, umps realized they weren't calling the game to the current strike zone, which was adopted in 1996.

So umpires corrected themselves. According to an analysis by The Hardball Times, the strike zone grew almost 10 percent from 2009 to 2015.

This is great if you're a fan of an accurately called strike zone, but for MLB hitters and folks who like offense, it's been bad news.

The reported new strike zone would basically bring things back to the way they were before umps started calling things by the book and give baseball fans more balls in play and more action to enjoy. See? Big deal, right?

This video includes clips from Paramount Pictures and GoPro and images from Getty Images. Music provided courtesy of APM Music.