Why You Might Want To Ignore That Sell-By Date 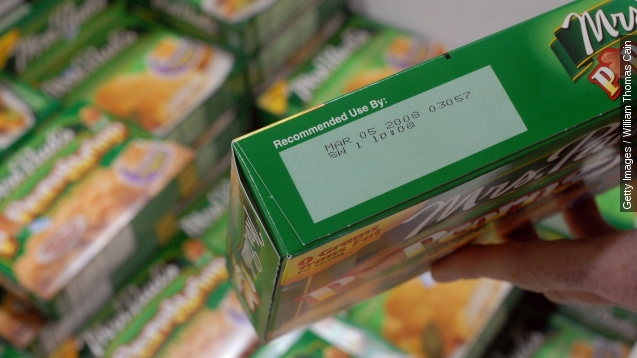 SMS
Why You Might Want To Ignore That Sell-By Date
By Melissa Prax
By Melissa Prax
December 10, 2015
The world throws away billions of dollars worth of food, but much of that is safe to eat.
SHOW TRANSCRIPT

As Americans throw away food they think is expired, they're throwing away money, too. We're talking $160 billion worth every year. And worldwide, nearly half of food is thrown out.

A lot of this confusion comes from expiration and sell-by dates. Often the sell by date is misinterpreted as the expiration date. But even expiration dates aren't completely accurate: Food can be good weeks after it's said to expire.

Sell-by dates are typically created by stores, and expiration dates are set by the manufacturers. Neither are set at a national level. The expiration date is an estimate of when the food will taste the best. You likely won't get sick for eating that food in a reasonable time-frame after either date.

One study found women are more likely to look at the best-buy date but also potentially throw out food too early. So ladies, maybe the man in your life was right all along when he said to keep those eggs for a few more days.

For most food, the sniff and taste test works just fine to determine if it's still good, but experts caution with meat and prepackaged perishable foods, like sandwiches and salads, as they typically go bad more quickly than other food. (Video via ABC)