Why Wikimedia Is Suing To Shield Users From NSA Surveillance 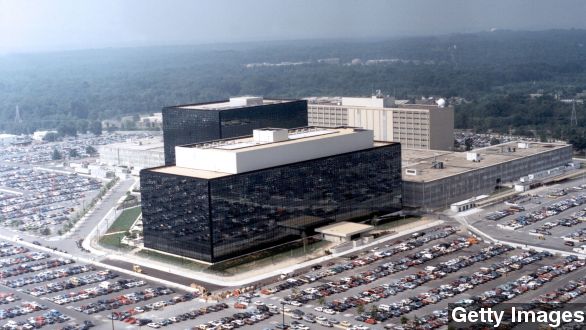 SMS
Why Wikimedia Is Suing To Shield Users From NSA Surveillance
By Jamal Andress
By Jamal Andress
March 10, 2015
Volunteers produce most Wikipedia entries, and the lawsuit alleges the NSA's potential surveillance will deter those contributors.
SHOW TRANSCRIPT

The company behind everyone's favorite online encyclopedia has partnered with the American Civil Liberties Union to sue the National Security Agency and Department of Justice for a practice that has become known as upstream surveillance.

The information on upstream surveillance the Wikimedia Foundation is using in this latest lawsuit comes from the massive Edward Snowden leaks from almost two years ago.

Upstream surveillance is when the NSA collects data on Internet users "who communicate with 'non US persons' if it in any way relates to national security or foreign affairs." And Wikimedia says the NSA is targeting Wikipedia readers and contributors to collect such data.

The suit filed in the District of Maryland asks the court to condemn these actions as unlawful and to force the NSA to delete all information it may have already gathered from any plaintiff involved in the case. There are eight different plaintiffs involved in the suit besides Wikimedia.

Wikipedia founder Jimmy Wales said of the lawsuit: "We're filing suit today on behalf of our readers and editors everywhere. ... Surveillance erodes the original promise of the internet: an open space for collaboration and experimentation, and a place free from fear."

Wikipedia's enormous library of entries comes mostly from volunteers – more than 75,000 worth according to the Wikimedia statement — and the lawsuit alleges the potential surveillance by the NSA will deter volunteers from contributing to the site.

The Foreign Intelligence Surveillance Act is the law the NSA leans on to collect this data, and it has been challenged before. The Supreme Court ruled in 2013 that plaintiffs would have to show with near certainty that they had been or will be harmed by the act in order to challenge it in court.

Elizabeth Wydra of the Constitution Accountability Center told NPR: "It's a catch-22. It's a secret program that's hard to get information about, and yet, the court is seeming to require plaintiffs to get that absolute certainty before they can challenge the constitutionality of the surveillance."

But one of the classified documents released by Snowden includes a slide that features the Wikipedia logo among other popular webpages like Twitter and Facebook. Wikimedia and the ACLU say they hope this will satisfy the Supreme Court's requirement to challenge the act.