Why Wednesday's Google Doodle Is So Relevant 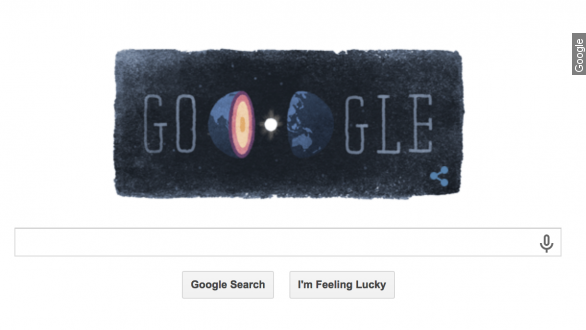 Google's doodle Wednesday said it was celebrating Inge Lehmann's 127th birthday. But who was Inge Lehmann?

Well, if you click on the doodle, Google tells you she was a seismologist and a very important one at that.

In 1936, Lehmann proposed the now accepted theory that the Earth's core is actually composed of two parts: an inner and an outer core.

"As the seismic waves had passed through the Earth's core, there was a change in their velocity, as if they had encountered another boundary of some kind. ... Something was missing from the accepted structure of the Earth's interior. The Earth didn't just have one core; it had two," Bill Nye explained for the Science Channel.

As a seismologist, Lehmann's work is especially relevant today, with Nepal still reeling from the effects of a devastating earthquake that has killed more than 8,000 people and leveled buildings throughout the country.

And earlier this year, through looking at how seismological waves passed through the Earth, much like Lehmann did, scientists expanded on her findings, theorizing there might be an inner core within the inner core as well. (Video via Sternalia Productions)

This video includes an image from Getty Images and The Royal Library, National Library of Denmark.