Why Uber's Self-Driving Car Test Is A Big Deal 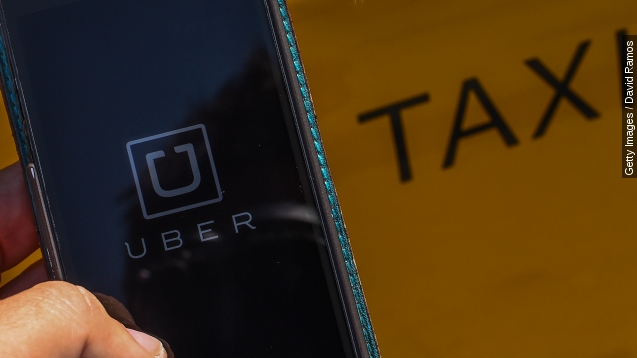 SMS
Why Uber's Self-Driving Car Test Is A Big Deal
By Ben Lawson
By Ben Lawson
May 22, 2015
Uber has been testing out its self-driving car in Pittsburgh that could change the way people look at transportation.
SHOW TRANSCRIPT

Uber's self-driving cars are edging ever closer to reality.

The Pittsburgh Business Times recently caught one of the ride-sharing service's cars on the road in Pittsburgh this week.

The company clearly isn't wasting any time after it announced its partnership with Carnegie Mellon University to develop a center for researching and designing autonomous vehicles in February.

But Google, Tesla, Mercedes-Benz and others have all been pretty public about their self-driving car efforts. Another autonomous vehicle going for a spin isn't exactly crazy news.

But when you mix Uber's ride-sharing service with cars that don't need a driver that's what makes this interesting.

Eliminating the cost of drivers would make things much cheaper for Uber, or any other taxi service, but, more importantly, it would mean cheaper rides for the user. (Video via Uber)

A study by a Barclays analyst estimated the cost per mile for one of these services would be 58 percent cheaper than what they are now.

The cheaper operating cost also opens up the potential for more cars on the road and even less of a need for people to own their own cars, especially in dense urban areas. (Video via Google)

That Barclays analyst predicted vehicle ownership could plummet by 50 percent over the next 25 years if self-driving cars become an everyday reality.

Government regulation still needs to catch up to the industry. Uber's test on Pittsburgh streets is technically legal, but only because there aren't any laws in Pennsylvania regulating self-driving cars.