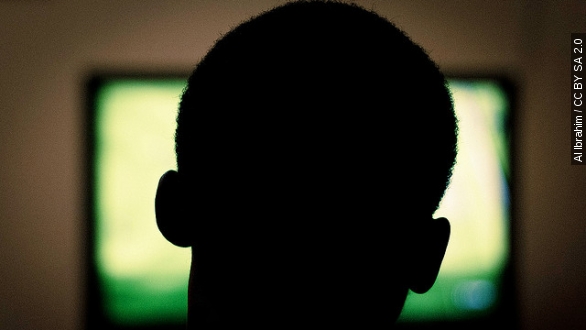 SMS
Why TV Binging Might Increase Diabetes Risk
By Danny Matteson
By Danny Matteson
April 3, 2015
Researchers at the University of Pittsburgh have linked long periods of TV watching to an increased risk of diabetes.
SHOW TRANSCRIPT

This sounds obvious, but if you’re at all worried about developing diabetes you might want to spend less time in front of the TV.

That’s according to newly published research from the University of Pittsburgh.

Now, it should be noted that all of the around 3,200 participants in that original study were pre-diabetic and overweight — meaning their odds of developing full-blown diabetes were already slightly higher.

And the original study was carried out between 1996 and 1999 — well before the Netflixes, Amazon Primes and HBO Gos of the world came around.

So the couch might have slightly more draw these days than it did back then.

Quoted by NDTV, one of the authors of the new study said, "With streaming TV, you can watch a program continuously; instead of watching just half an hour [one] day a week, you can watch a whole season in a day, so we expect to see increases in sitting to continue."

Despite the TV-diabetes connection, the researchers in the new study couldn’t determine a cause and effect relationship between diabetes and TV.

Which, makes sense because it’s not really the TV that’s the problem — it’s what you’re doing while you’re watching TV.

As the president of healthcare and education for the American Diabetes Association explained to HealthDay, "I know when I'm sitting around watching TV, I'm more likely to graze and eat crappy food. … When's the last time you measured out a portion size of potato chips and ate it in front of the television?"

The original study was designed to examine the effects of diabetes drugs and lifestyle changes on the development of Type 2 diabetes. It found exercise and healthy eating worked best.