Why The White House Doesn't Link Violent Extremists To Islam 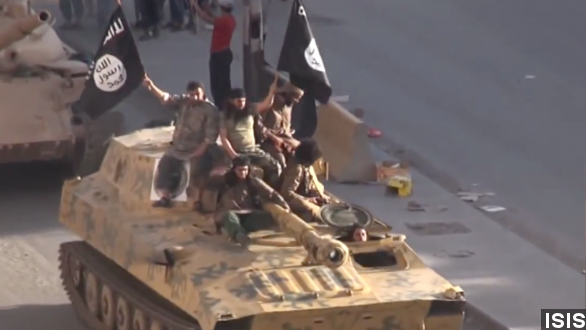 The media has shown it's perfectly comfortable attaching the words "violence" and "extremism" to Muslims or Islam as a whole.

"An Islamic attack in the heart of Paris," said Fox News's Greg Jarrett.

"Criminals who claim to be fighting in the cause of Islamic extremism," said CBS's Scott Pelley.

But both the Bush and Obama administrations have avoided using the term "Islamic extremists" or "radical Islam," arguing that anyone committing violence in the name of the religion isn't following Islam's true principals.

"The terrorists are traitors to their own faith. Trying in effect to hijack Islam itself," said President George W. Bush following the 9/11 attacks.

"The threat that we see from violent extremism in which individuals invoke the name of Islam, an otherwise peaceful religion, as they carry out these attacks would certainly be obviously a priority in the discussion here," said White House press secretary Josh Earnest in a briefing last week.

The argument here is that individuals carrying out these attacks are not following the true principals of Islam, but instead a twisted version of the religion.

Other world leaders seem to be following suit, like the United Kingdom's David Cameron.

"The threat has changed and altered, but it is still based on the fundamental problem of a poisonous death-cult narrative, which is the perversion of one of the world's major religions," said Cameron on CBS's Face the Nation.

There's also an obvious reason world leaders want to make that distinction between radicals and followers of the Islamic faith: preventing attacks requires the cooperation of the predominately Muslim countries where these groups operate.

Instead officials have labeled the conflict against ISIS and Al-Qaeda as the "war on terror," not religious extremism. (Video via Youtube / أبو مصعب الغزي)

Democratic Congresswoman Tulsi Gabbard tells CNN that ignoring islam's role in the conflict isn't going to solve any problems either.

"This is as much a military war as an ideological war, and we have to understand what that ideology is so we can challenge it. Understand it so that we can defeat it," said Gabbard.

This video includes images from Getty Image and The White House / Pete Souza.