Why The 'Supergirl' Leak Might Be Good For CBS 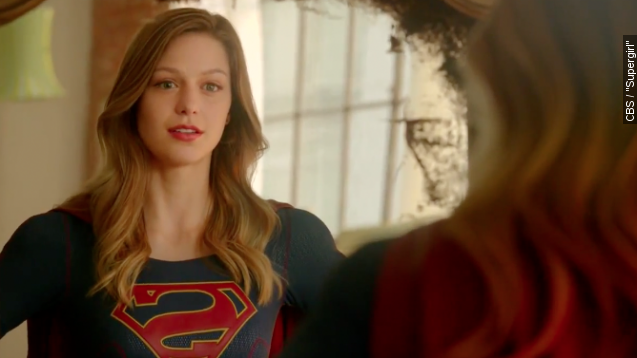 SMS
Why The 'Supergirl' Leak Might Be Good For CBS
By Ben Lawson
By Ben Lawson
May 25, 2015
The "Supergirl" leak is turning into better marketing than CBS could have asked for — assuming the leak wasn't intentional.
SHOW TRANSCRIPT

When news broke that the pilot for CBS's "Supergirl" leaked online, it seemed like it was going to be another story of the hazards of digital piracy.

That's because the show was already off to a bad start.

Despite the excitement for a superhero show led by a woman the reaction to the extended trailer for "Supergirl" was pretty negative.

"I did not love it. ... It just felt like they were checking boxes to me," said IGN's Roth Cornet.

There was a lot of worry that "Supergirl" would end up falling into the gender stereotypes viewers were hoping the show would subvert.

But the mood seems to be shifting now that the pilot is out there. io9 seemed pretty impressed and felt the trailer really didn't do the episode justice, saying, "It's far more charming than problematic."

There's even been some speculation that CBS leaked the show on purpose to distract from the bad press, and that would make some sense.

It's not like leaking one episode of a show six months before it premieres will damage the ratings that much.

Compare this leak to what happened with HBO's "Game of Thrones." In that instance, low-quality reviewer copies of four episodes of the show ended up online just days before the new season premiered. HBO confirmed they were put online illegally.

But CBS has said nothing about the "Supergirl" pilot. The leaked episode is in high-definition and doesn't have a watermark like reviewer copies typically do.

While we can't say for sure that this is part of some grand marketing strategy, the leak looks like it can only help the show in the long run.