Why The Pope Says Christmas Will Be A 'Charade' This Year 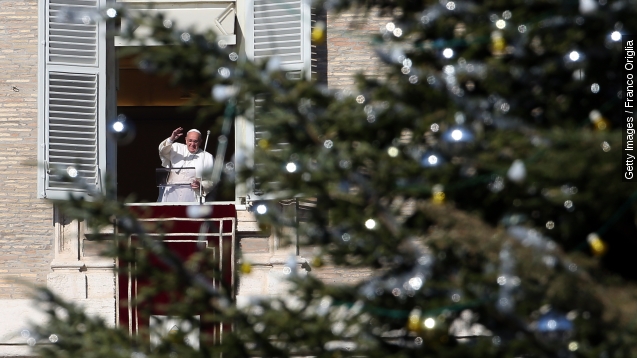 Vatican Radio reports Francis said, "There will be lights, there will be parties, bright trees ... all decked out — while the world continues to wage war."

Francis went so far as to say it was a "charade" and said the world had yet to grasp peace.

While it's a jarring message at the start of the holiday season, it wasn't out of the ordinary for Francis.

In typical fashion, the pope again called attention to the marginalized, in this case the children of war. (Video via ANAK-Tnk)