Why The NFLPA Went To Minnesota To Fight Brady's Suspension 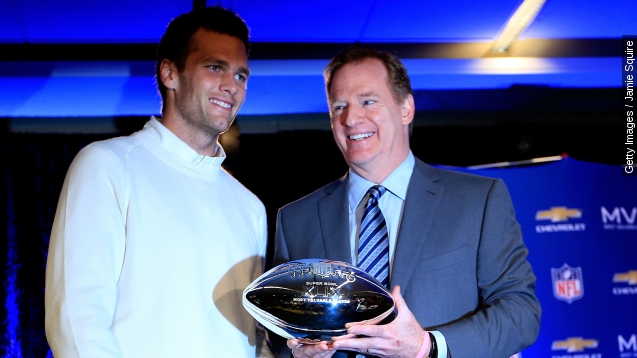 SMS
Why The NFLPA Went To Minnesota To Fight Brady's Suspension
By Matt Moreno
By Matt Moreno
July 30, 2015
A Minnesota judge ruled Thursday that Tom Brady's case will now be held in New York City where the NFL first filed.
SHOW TRANSCRIPT

Oh, Deflategate. A Minnesota judge has ruled the NFLPA's case, on behalf of Patriots quarterback Tom Brady, would need to be heard in Manhattan instead of Minnesota.

But why is this being taken up in Minnesota in the first place?

The New England Patriots play in Massachusetts. The NFL is based in New York. And the Players Association calls Washington, D.C., home. Spoiler alert — NFLPA lawyers didn't just throw a dart at a map.

The association pointed to money, specifically dollars the NFL makes from advertising, tickets, merchandise and broadcast rights — in Minnesota, specifically.

The Minnesota judge found that reasoning weak, at best. Because, unofficially, the NFLPA likely wanted to take advantage of Minnesota court's history of kind rulings regarding collective bargaining agreements.

The court most recently sided with Minnesota Vikings running back Adrian Peterson in March after the NFLPA challenged his indefinite suspension from the league. (Video via KRIV)

The NFL beat the NFLPA to filing a complaint, though. On Tuesday, the league, at least generally aware that it was more probable than not the NFLPA would file in Minnesota, filed in the Manhattan court.

This video includes images from Getty Images, Victor Engmark / CC BY NC 2.0 and music from Bensound / CC BY ND 3.0.