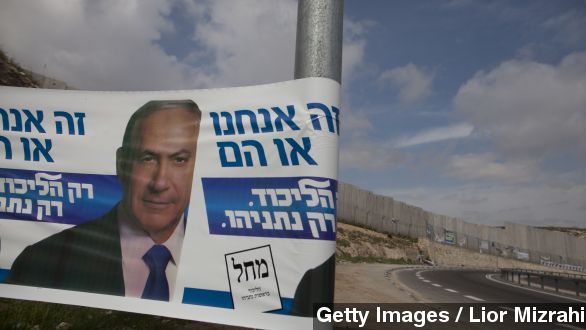 A stunning turnaround for a man, who just seven months ago, enjoyed a 77 percent approval rating.

The election was, in many ways, a referendum on Netanyahu himself.  Voters across the political spectrum say he's out of touch with the needs of the average Israeli.

While Bibi was busy touting his foreign policy credentials…

"We must all stand together to stop Iran's march of conquest." (Video via Office of Prime Minister Benjamin Netanyahu)

... voters seemed more concerned about their own pocketbooks than they did about Iran or the Palestinian issue.

As one Israeli told BuzzFeed, "I'm more in danger of losing my house because I can't pay the mortgage, than losing it to a rocket fired by Hamas."

Under Netanyahu's leadership, housing prices have soared, while salaries have stayed about the same.

Government figures show the average Israeli needs roughly 148 months' salary to buy a home. Contrast that with 66 months in the U.S.

A government report released last month found between 2008 and December 2013, the cost of buying an apartment in Israel rose 55 percent.

Meanwhile, that same report found the Netanyahu family was billing taxpayers for $24,000 on takeout food and another $68,000 for makeup and hairstyling.

When voting got underway Tuesday, the election looked too close to call. Analysts say even if Netanyahu's party doesn't win the most seats — and it looks like it won't — it's still possible for him to form a coalition government and serve a fourth term as prime minister.