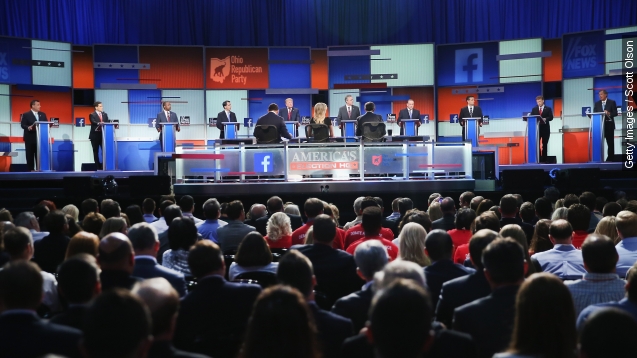 Age isn't everything, but as the 2016 presidential election draws closer, the Republican field is looking younger than the Democrats. (Video via Fox News)

The average age of the 17 Republican candidates sits right around 57. For the three major Democrats, it's 64. If Joe Biden joins, it rises to 66.

All of this carries the major caveat that a candidate's age doesn't necessarily affect how attractive they are to younger voters, but it's an interesting turnaround from the past two elections, where a (relatively) young Democrat has taken on an older Republican.

One possible explanation is the glut of Republican members of Congress 2010's Tea Party movement produced. (Video via CBS)

Sens. Ted Cruz and Marco Rubio — both 44 — and Rand Paul are a few who have joined the Presidential campaign.

But another major factor is the dramatic weakening of the Democratic party at the state level.

As The Cook Political Report notes, just 11 states have an all-Democratic controlled legislature, compared to 30 states in Republican control.

And that's reflected in the young governors of the GOP field, including Chris Christie, Scott Walker and Bobby Jindal.

While the two current front runners, Donald Trump — 69 — and Jeb Bush — 62 — are older than average, the party's youth reflects its depth, and the Democratic field is looking pretty shallow.