Why Sylvester Stallone's Oscar Nomination Is A Big Deal 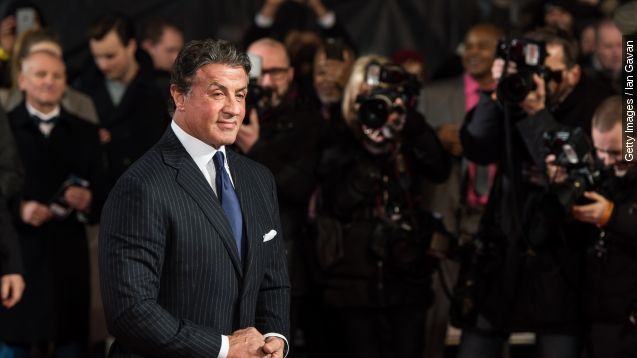 Sylvester Stallone was nominated for an Oscar on Thursday morning, marking a significant moment in Stallone's career — and Oscar history.

The nomination is for his role as Rocky Balboa in "Creed," the seventh installment in the "Rocky" franchise.

The time between noms for Rocky breaks a record previously held by Paul Newman. He received a nomination for playing Eddie Felson in "The Hustler," then went 25 years before being nominated for the same character when he reprised the role in 1986's "The Color of Money."

Only four other actors can say they've received two Oscar nods for the same character, so it's an exclusive club.

And if Sly wins, well, that would solidify a major comeback for the actor.

He's got a slight edge in a very tight race in the Supporting Actor category, with his odds increasing after his first Golden Globe win in January. (Video via Warner Bros. / "Creed")

Between "Rocky" and now, he's been in a string of action films, with nothing really garnering him critical acclaim until "Creed." And a quick look at his IMDb page will show you how well that performance has gone over with the critics.

As another fun little note, "Rocky" films are the only ones he has received Oscar nods for. His two 1977 "Rocky" nominations made him the third person at that time to be nominated for both acting and writing in the same year.