Why Sony's 'Aloha' Film Might Not Be Authentically Hawaiian 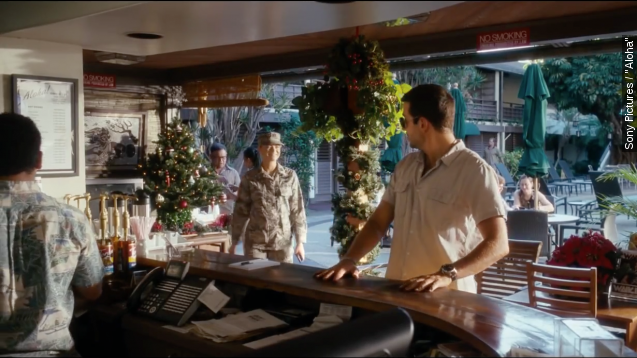 Cameron Crowe's "Aloha" is set to come out this weekend, starring a whole cast of big names like Bradley Cooper, Emma Stone and Alec Baldwin. But they're not the ones making headlines.

The Media Action Network for Asian Americans, or MANAA, released a statement to the New York Post saying the movie, set in Hawaii, marginalizes native Hawaiian culture and characters in favor of white ones.

A spokesman for the group said the film "whitewashed" Asians and Pacific islanders out of the movie. He added that Hollywood's use of the exotic location without including its citizens is an "insult to the diverse culture and fabric of Hawaii."

An anonymous source from "Aloha" told The Hollywood Reporter that no member of MANAA has seen the movie or read the script.

In fact, very few people have seen the movie. As Variety reports, in an unusual move Sony seems to be keeping the film under wraps, having declined to screen the movie for a reporter and keeping critics from posting reviews until the eve of the premiere.

In a Sony featurette, members of the cast seemed focused on capturing what they called "the spirit of Hawaii."

"There's such an energy about Hawaii. It's very welcoming," Rachel McAdams said.

"There's a huge spirit of love, and kindness, and compassion, and understanding," Emma Stone said.

How the movie focuses on the relationships among the predominately white lead characters and their relationship to Hawaii remains to be seen. But there's still the question of minor characters and extras and if they represent the state's people.

The U.S. Census Bureau estimated in 2014, about 27 percent of the state's population was Caucasian, while Asians represented 38 percent and native Hawaiians 10 percent.

It seems that a U.S. military base has a big presence in the film, which, in reality, has a different racial makeup.

The U.S. Air Force, which Cooper and Stone's characters are supposed to work with, reports nationally that 73 percent of its members are Caucasian, with 3 percent Asian and 1 percent native Hawaiian.

MANAA also cited "Pearl Harbor," "50 First Dates" and "Blue Crush," which it says all pushed the islands' culture aside to focus on non-Hawaiian characters.