Why Some Women Don't Know They're Pregnant Until Labor 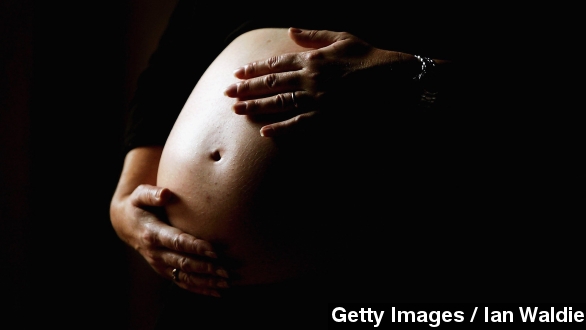 SMS
Why Some Women Don't Know They're Pregnant Until Labor
By Madison Burke
By Madison Burke
January 9, 2015
This week a Boston woman found out she was pregnant an hour before she gave birth, and apparently these kind of pregnancies are not that uncommon.
SHOW TRANSCRIPT

This week, Boston resident Katherine Kropas gave birth to a 10-pound bundle of joy. But get this: She didn't know she was pregnant until about an hour before she gave birth.

"I thought I had put on some Christmas-season weight, but I never thought I was pregnant. Never," Kropas says.

Now, this kind of pregnancy actually isn't that uncommon. A 2011 British study found about 1 in every 2,500 pregnancies is unknown until labor begins.

It even happens often enough that TLC was able to make a show about it.

These kind of pregnancies — when mothers are unaware that they are, in fact, pregnant — are called "cryptic" pregnancies and doctors say certain women are more likely to have them than others.

PregnancyCorner explains women who have irregular menstrual cycles or women who are obese may be less likely to realize they are pregnant.

There are also psychological factors that can lead to cryptic pregnancies.

Psychology Today says a woman experiencing a lot of stress could cause the fetus to produce low levels of the hormone HCG, which would cause milder, potentially unnoticeable pregnancy symptoms.

Low levels of HCG can even cause a pregnancy test to be negative when the woman is in fact pregnant.

The Centers for Disease Control and Prevention recommends that all women of reproductive age take steps to keep their bodies healthy and visit their doctors regularly in case they are to become pregnant.