Here's Why Seat Belts Aren't Required On All School Buses 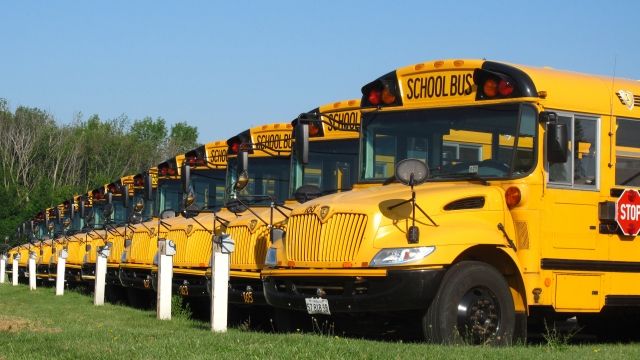 SMS
Here's Why Seat Belts Aren't Required On All School Buses
By Briana Koeneman
By Briana Koeneman
November 23, 2016
After the deadly bus crash that killed five children in Tennessee, many are asking: Why aren't seat belts required on school buses?
SHOW TRANSCRIPT

Authorities in Tennessee say they don't know if seat belts could have saved the five children who died in Monday's tragic school bus crash.

But the deadly wreck has many people asking: Why aren't all school buses required to have seat belts on board?

Most children nationwide aren't buckled in when they head off to school in buses. Only California, Texas, Louisiana, Florida, New Jersey and New York require their large school buses to have seat belts. And there's no federal requirement.

Why? Well, even without seat belts, school buses are considered to be one of the safest vehicles on the road due to their design and color.

The high, padded seats alone are meant to keep students safe — "like eggs in an egg carton," as the American School Bus Council put it.

But that hasn't helped the dozens of people who have been injured in school bus collisions in recent years.

Money is one of the big reasons why seat belts aren't currently inside every school bus. It would cost an estimated $15,000 per bus to install lap and shoulder belts.

Still, many lawmakers, including Tennessee Gov. Bill Haslam, say something needs to be done to keep students safer while they're on the bus.

"I think that's part of our job to come back and say, 'Are we doing everything we can to ensure safety on school buses?'" Haslam told The Tennessean.