Why Schools Are Favorite Targets Of Terrorists 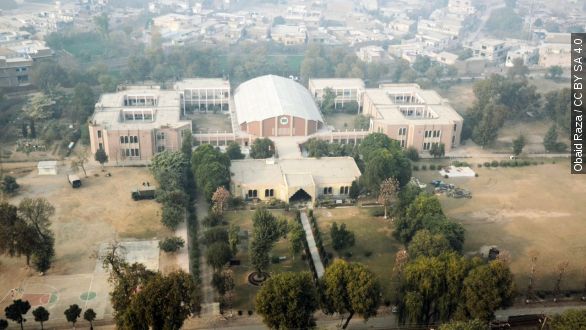 A day after the attack on Kenya’s Garissa University, rescuers were still removing bodies. In all, 147 people died Thursday.

It was a new tactic for the terrorists of Al-Shabab, but one we've seen increasingly used by other groups.

In December, the Pakistani Taliban attacked an army-run school in Peshawar, killing 145 people, most of whom were children. (Video via ODN)

Terrorist attacks on schools have increased considerably since 2004. This, according to researchers at the University of Maryland's Global Terrorism Database who've studied attacks between 1970 and 2013.

2004 was the year Chechen militants strapped with explosives took hostage a school in Beslan, Russia, for three days. 334 people died in the massacre, more than half of them children. (Video via RT)

For practical reasons, launching attacks on schools makes sense. School are soft targets. They have little security and a lot of people.

In some cases, terrorists attacks schools because they're schools. Boko Haram is probably the best example. Its very name translates to “western education is a sin.”

The Taliban has waged its own war on education for girls.

"Education went from being a right to being a crime," student-turned-activist Malala Yousafzai said.

This study, published last year by a group of human rights advocates and U.N. agencies, found that between 2009 and 2013, the world saw nearly nearly 10,000 attacks on schools.