Why Samsung's Warning Investors Of A Weak Q3 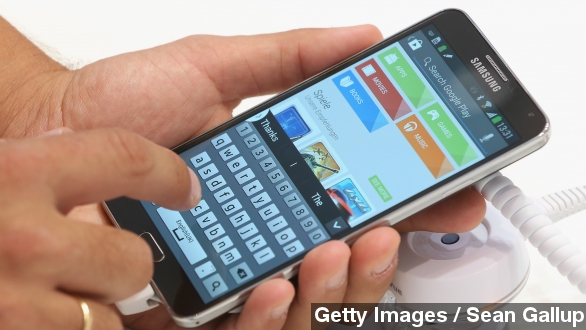 Samsung appears to be admitting some level of defeat ahead of its Q3 earnings report for 2014.

The company expects an operating profit of 4.1 trillion Korean won, or nearly $4 billion. Q3 of last year was more than double that number at 10.2 trillion won, or about $9.5 billion.

So what's got Samsung warning its investors of such a huge drop in operating profit? It's facing competition on two fronts — the budget market and the premium market.

As a writer for Business Insider explains, cheaper Android phones from Samsung's competitors, and larger-screened iPhones are to blame.

"Samsung's high-end phones run Android, and don't offer features much different from the cheaper Android devices. ... Apple just released two new iPhones, the iPhone 6 and 6 Plus, which have larger screens that rival the big-screen Samsung devices."

And The Guardian quotes one analyst who said, “Samsung was too drunk on the memories of its past victories.”

In other words, the company was banking too heavily on the success of its large-screen Android phones, which have lost their luster now that other companies are catching up and offering up similar devices. (Video via Samsung)

Analysts expected a fall in profits, just not one of this magnitude. This will be Samsung's first annual earnings drop since 2011.

But Samsung appears determined to win back its market share — whether through innovation or simply building devices that replicate the experience of other companies' devices at a lower price.

In addition to innovating through screen size, Samsung built one of the first two Android Wear smart watches, but just like with screen size, they failed to hold ground.

The Moto 360 sold out within hours when it was released in September, even though it was released two months later than Samsung's Gear Live. And, of course, Apple will start chipping away at the wearable tech market come January with its new Apple Watch.

The final earnings numbers will be released later this month.