Why Samsung Could Have The Best Chance To Buy Tidal 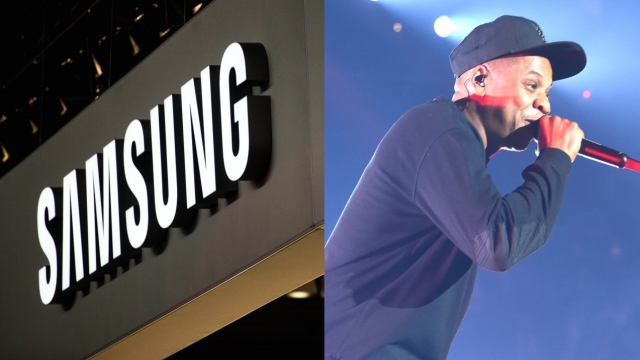 SMS
Why Samsung Could Have The Best Chance To Buy Tidal

By Eugene Daniels
February 27, 2016
The phone company has a strong relationship with Jay Z and some of his other Tidal partners.
SHOW TRANSCRIPT

Jay Z's streaming service Tidal could belong to Samsung pretty soon. At least according to those pesky unnamed sources.

The New York Post broke the news with an anonymous source saying, "Samsung is re-engaging; they are working on something really big, and they're keeping it very quiet in case it leaks." So much for that.

Tidal has been struggling to gain traction in the saturated streaming world. The company does deliver on its promise of exclusives from some of our favorites like Beyoncé, Rihanna and Kanye West. But that hasn't yet translated into the subscribers it needs to compete with the likes of Apple Music and Spotify, so the news of a coming purchase isn't that surprising.

Apparently Google and Spotify have also considered snatching up Tidal, but history tells us Samsung may have the best chance. And it all comes down to relationships.

The phone company has worked with the top stars that are partners in Tidal, even creating the "B-Phone" featuring Beyoncé back in 2007. Samsung also bought 1 million copies of Hov's "Magna Carta Holy Grail" to give away to Samsung Galaxy owners.

And most recently, Samsung reportedly spent $25 million to sponsor Rihanna's new album "Anti" and upcoming tour. So Samsung purchasing Tidal could require less negotiating than it would take with any other company.

So far, both Tidal and Samsung have declined to comment on the rumors.