Why S.C. Officer In Fatal Shooting Was Indicted So Quickly 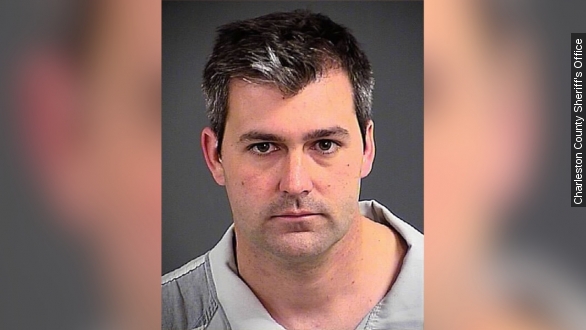 SMS
Why S.C. Officer In Fatal Shooting Was Indicted So Quickly
By Ben Levin
By Ben Levin
April 8, 2015
A video recording of the killing of Walter Scott might send Officer Slager to jail because of a 1985 Supreme Court ruling.
SHOW TRANSCRIPT

It's a news story that's become very familiar: an armed white cop, an unarmed black man, a deadly encounter and conflicting accounts as to what exactly happened.

But in the case of Walter Scott, who was gunned down on video while fleeing from Officer Michael Slager on Saturday in North Charleston, South Carolina, things are going much differently — Slager has already been fired, jailed and indicted for murder. (Video via The New York Times)

The question is: Why? While the video is disturbing, videos aren't new in high-profile police shootings.

After all, we had video of Tamir Rice, a 12-year-old boy who was shot and killed by Cleveland Police in a public park in November while playing with a toy gun. (Video via WEWS)

And we saw Eric Garner, too, as he was choked to death by New York City police officers in the course of an arrest for reportedly selling loose cigarettes. (Video via New York Daily News)

Those officers, along with Darren Wilson from Ferguson, haven't been charged — much less convicted. So what might make Scott's case different?

The reason is the Supreme Court, which in Tennessee v. Garner ruled that for an officer to shoot a fleeing suspect, there must be a reasonable belief that that suspect poses a significant and imminent threat to the officer or others.

And that's the difference: In the case of Tamir Rice, the police said they thought he had a real gun, and ignored demands to drop it. In Michael Brown's case, Darren Wilson said he was under attack. And In Eric Garner's case, the police officers said the use of deadly force was accidental.

The video here shows, well, none of those things — a suspect resisting arrest, to be sure, but unarmed, and with no apparent intent or ability to harm the officer when he was killed. (Video via The New York Times)

Which means Slager's only potential defense is that he believed Scott was a significant threat to others. That belief along with the release of the video obtained by The New York Times might've been the reason Slager's first lawyer quit.

And whereas reactions over the other deaths divided along Republican/Democrat lines, the outrage over this shooting has so far been bipartisan.

"When you’re wrong, you’re wrong, and if you make a bad decision, don’t care if you were behind the shield or just a citizen on the street, you have to live by that decision," said North Charleston Mayor Keith Summey, a Republican.

On Wednesday, Slager was denied bond and remains in jail. His next hearing is scheduled for August 21.