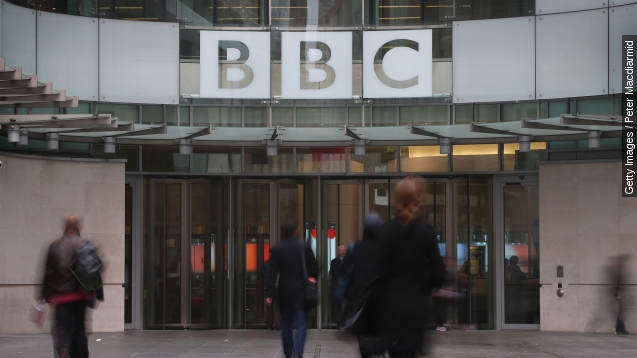 During British Prime Minister David Cameron's appearance on BBC Radio 4 Monday, he chided the BBC as a whole for its description of ISIS. (Video via U.K. Parliament)

"I wish the BBC would stop calling it Islamic State because it's not an Islamic State. What it is is an appalling barbarous regime," Cameron said.

Interviewer John Humphrys responded: "Tricky to find. If they called it that themselves then it's tricky to find we should call it 'so-called,' but anyway."

"So-called or ISIL is better."

Which was kind of weird because while the BBC's website often writes "Islamic State," on the air the BBC almost always calls the group the "so-called Islamic State."

Cameron's point might seem like he's trying to be more inclusive of British Muslims, until you consider he told those same British Muslims they had to do more to fight extremism within their religion. (Video via EU Reporter)

So why else might Cameron be nitpicking? Well, considering members of his party aren't the biggest fans of the BBC to begin with, it could've been a little jab.

That's the U.K.'s top media minister John Whittingdale, who has accused the BBC of mismanagement and spoken about privatizing the iconic public broadcaster altogether.

Other conservatives have privately accused the BBC of harboring a left-wing bias and have worried it will similarly bias its coverage ahead of the U.K.'s European Union referendum. (Video via Channel 4)

But conservative politicians clashing with a public broadcaster made the news on the other side of the world this past week as well, in Australia.

That man is Zaky Mallah, a former terror suspect convicted of threatening to kill Australian security forces. His appearance on an Australian Broadcasting Corporation program drew criticism from a wide range of politicians, but perhaps most forcefully from conservatives like Prime Minister Tony Abbott. (Video via ABC Australia, Sky News)

The ABC later apologized for having Mallah on, saying it was an error in judgment, but that didn't really appease the prime minister.

Public broadcasting has been a target of conservatives in the U.S. as well. Remember Mitt Romney's beef with Big Bird?

"I'm going to stop the subsidies to PBS. I'm going to stop other things. I like PBS, I love Big Bird, but I'm not going to keep on spending money on things to borrow money from China to pay for it," Romney said during a presidential debate in 2012.

Then there was the time House Republicans voted, largely symbolically, to cut NPR's funding as well, after years of alleging it also had a liberal bias.

So why does public broadcasting so often find itself in conservatives' sights? Byron Knight, co-director of Editorial Integrity in Public Media says, "They see it as wasteful spending, supporting the 'liberal bias' of public television and public radio programming."

As for the ABC, it says it's on the side of the Australian people and works for them, not the Australian government, a sentiment echoed in the mission statements of both the BBC and NPR.

This video includes images from Getty Images and Ben / CC BY NC 2.0.