Why Presidential Hopefuls Are OK With Climate Skepticism 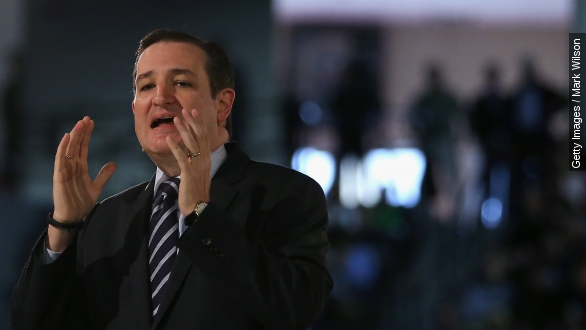 With Ted Cruz declaring his candidacy, his views on a range of issues are under scrutiny, especially when it comes to climate change. (Video via Liberty University)

Leaving aside the fact that Cruz's use of that data has been criticized by the researcher who collected it, it's easy to see why some call Cruz a climate change skeptic and why others, including California Gov. Jerry Brown, call him a denier.

"That man, betoken such a level of ignorance and a direct falsification of the existing scientific data. It's shocking, and I think that man's rendered himself absolutely unfit to be running for office," Brown told NBC's Meet the Press.

But Cruz's stance isn't unique. He's one of a number of contenders for the Republican nomination who back fossil fuels and deride what they call "climate alarmism." (Video via CBS, Bloomberg, Office of Sen. Rand Paul, MSNBC)

Still, despite the criticism these politicians have drawn from the scientific community, it's not clear how much it'll all matter when election day rolls around.

That's because a recent Pew Research Center poll found the issue of dealing with global warming ranked 22nd out of 23 items on a list of issues the American public is concerned about.

Just 38 percent of people said climate change should be a top priority, and while that's up from recent years, it's about the same as it was in 2007.

Which is to say, despite increased rhetoric from the president, a major climate agreement with China, and a climate march in New York that drew more than 300,000 people, most people still care a lot more about a lot of other things. (Video via, The White House, Democracy Now!)

That Pew poll also found there's a sharp partisan divide on the issue, with 54 percent of Democrats saying global warming should be a top issue, compared with just 15 percent of Republicans.