Why President Obama Made This Obvious Admission About Climate Change 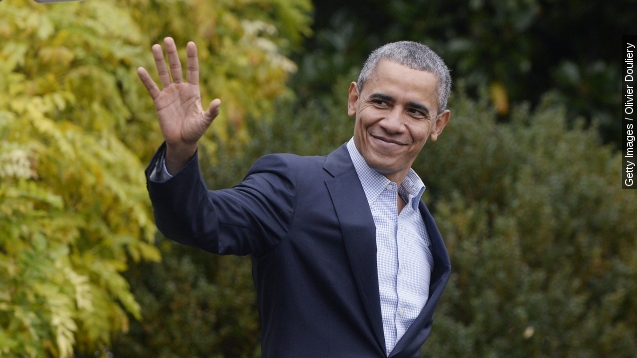 President Obama is copping to the U.S.' role in creating climate change.

"The United States of America not only recognizes our role in creating this problem, we embrace our responsibility to do something about it," the president said during a speech.

Given that until recently the U.S. was the largest emitter of greenhouse gases, that seems obvious.

But it's also important for the climate talks where the president made his comments.

One of the main points of the conference is getting developed countries, which have already contributed a lot to the problem, to help developing countries, which are wary that cutting emissions will hurt their economic growth. (Video via CCTV)

"Resources will be there for countries willing to do their part to skip the dirty phase of development," President Obama said.

And those resources could come in the form of billions of dollars that the U.N. hopes developed countries will commit to its Green Climate Fund, which would funnel that money to developing countries. (Video via United Nations, Arirang)