Why Polls Proved Useless In The Michigan Democratic Primary 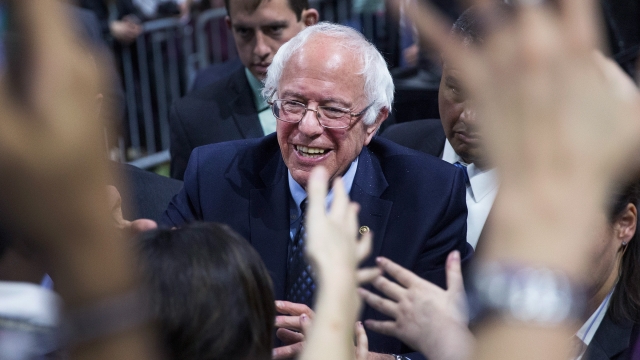 "I don't think anyone saw that coming," an anchor on MSNBC said.

That surprise that no one saw coming has nothing to do with Bernie Sanders' electability or even his messaging; it has everything to do with the polls. Heading into the Michigan primary, Real Clear Politics' aggregate poll had Sanders losing to Hillary Clinton by more than 21 points. He ended up winning by a little more than 1 percent.

So did the Sanders campaign just do that well, or is the polling just that bad? Yes, and sort of.

The Sanders campaign spent a lot of resources in Michigan, outspending the Clinton campaign. Also, his anti-free trade message seemed to hit home with blue collar workers in Michigan. But probably more impressive, he was able to make some inroads with nonwhite voters, something that has proven pretty difficult until now. According to Think Progress, the only state where he received more support from black voters was Vermont — his home state.

Sanders' win is also more evidence that polling can't guess everything — including Sanders' huge support from youth voters. According to CNN exit polls, voters 44 and under made up about 45 percent of Michigan voters. But if you take a look at one poll, those voters were consistently less than 25 percent of those polled. That's a huge difference and shows polling can't always measure excitement, which is something the Sanders campaign has over Clinton.

The next task for the Sanders campaign: translating the momentum from his Michigan upset into similar states like Ohio. We'd hazard a guess, but, well, maybe it's safer if we don't speculate this time.