Why Pakistan's Abandoning Saudi Arabia In The Yemen Conflict 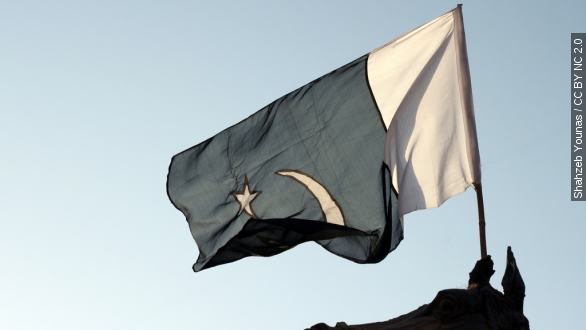 SMS
Why Pakistan's Abandoning Saudi Arabia In The Yemen Conflict

By Jake Godin
April 10, 2015
Defying its longtime ally Saudi Arabia, Pakistan's parliament has voted to stay neutral in the Yemen conflict, but why?
SHOW TRANSCRIPT

Pakistan is staying out of the Yemen conflict. Why?

"As regards the media reports, well, I can confirm that we have been contacted by Saudi Arabia in this regard. The matter is being examined," said Pakistani Ministry of Foreign Affairs spokeswoman Tasneem Aslam.

In a move of defiance against its ally Saudi Arabia, Pakistan's parliament voted unanimously Friday to remain neutral in the ongoing conflict in Yemen. (Video via Aaj TV)

"Desires that Pakistan should maintain neutrality in the Yemen conflict so as to be able to play proactive diplomatic role to end the crisis," said Pakistani Minister of Finance Ishaq Dar.

Along with asserting Pakistan's neutrality, the 12-point resolution calls for a cease-fire, warning if the crisis continues, it could plunge the region into turmoil. (Video via Pakistan Television Corporation)

When Saudi Arabia began its military intervention in Yemen in late March, it was speculated that Pakistan would join its Sunni ally. (Video via Al Jazeera)

Pakistan's Prime Minister Nawaz Sharif also has close ties to Saudi Arabia, which took him in and saved him from execution after he fled Pakistan during the country's 1999 coup.

So if the two are such close allies, why did Pakistan just refuse to help Saudi Arabia?

For starters, the decision wasn't up to Prime Minister Sharif. The Pakistani leader, who ultimately has the say on what the country's military does, said he'd let parliament decide. (Video via Radio Free Europe/Radio Liberty)

If Pakistan were to enter the conflict, it could risk upsetting its neighbor and possibly inflaming sectarian violence within its own country between Shiite and Sunni Muslims. (Video via Voice of America)

Saudi Arabia's war is also increasingly looking like it's not going to dislodge the Houthis from power anytime soon — meaning Pakistan's involvement could possibly drag it into what one Washington Post writer describes as Saudi Arabia's Vietnam. (Video via YouTube / قلعة الشموخ)

Pakistan didn't completely leave out the possibility of lending its military aid to Saudi Arabia, though. When passing the resolution, lawmakers said they'd reconsider their stance should the conflict cross over into Saudi Arabia.