Why Only 2 States Have Banned LGBT 'Conversion Therapy' 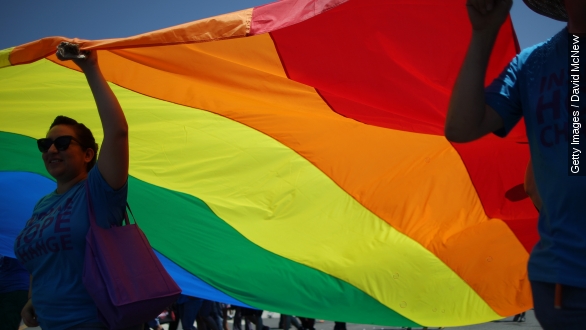 Only California, New Jersey and the District of Columbia have enacted bans against so-called "conversion therapy" for minors, a practice that aims to change people's sexual orientation or gender identity.

In the past year, 18 other states have introduced legislation that would ban conversion therapy as well, although Colorado's bill died in committee Wednesday, Iowa's is expected to fail in the House and in strongly Republican Texas, recognizing conversion therapy is part of the party platform.

A bill in support of protecting conversion therapy in Oklahoma actually made it through committee before dying on the House floor in March. (Video via KJRH)

That's about as outright a position as lawmakers have taken in support of the practice, with most conservative politicians opting to let conversion therapy supporters make their case instead.

"We heard from people that wanted access to that kind of counseling, that kind of therapy ... and so it's important that in Texas if people want that kind of help, they can get it. It's not being forced on anyone," Texas representative Bryan Hughes told CNN's Anderson Cooper.

Choice has been a central component of the push against banning the practice.

Joseph Nicolosi, a conversion therapy practitioner said, "We are providing a service for people who want to diminish their same-sex attraction and increase their opposite-sex potential."

But the bans generally focus on minors, and opponents argue because a lot of people are forced into conversion therapy as children, it's not really about the right to choose. (Video via NJTV)

Increased risk of suicide is one of the side-effects the American Psychological Association lists in its report on conversion therapy, and suicide is what has most recently brought the issue to the president's attention.

Wednesday's statement was in response to the death of 17-year-old Leelah Alcorn, who committed suicide after her parents allegedly forced her to have conversion therapy. A White House petition in Alcorn's honor gathered more than 120,000 signatures. (Video via WCPO)