Why Obama's Community College Tuition Plan Might Be DOA 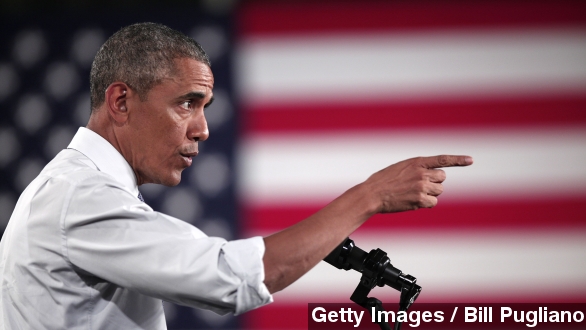 SMS
Why Obama's Community College Tuition Plan Might Be DOA
By Jake Godin
By Jake Godin
January 9, 2015
President Obama announced Thursday evening he will call on Congress to pass legislation that would make the first two years of community college free.
SHOW TRANSCRIPT

“Put simply what I’d like to do is to see the first two years of community college free for everybody’s willing to work for it.” said President Obama while on his way to Phoenix on Air Force One.

The plan is to have the federal government cover three quarters of the costs while states participating in the initiative would pay the remaining quarter.

According to the Obama administration estimates, if all 50 states participated, the plan would benefit roughly 9 million students per year and save them $3,800 per year in tuition. (Video via Mt. Hood Community College)

On their end, students will be required to maintain a 2.5 GPA and make steady progress toward completing their program. (Video via Nashua Community College)

But President Obama’s announcement didn’t include any sort of price tag for the program. The Washington Post’s Nick Anderson estimates that, over a decade, it’s likely to reach into the tens of billions of dollars.

A senior vice president at the American Association of Community Colleges told him “It’s a staggering sum of money. It’s a very bold proposal that targets federal investment in the right students at the right institutions.”

Vox’s Libby Nelson says the cost will most likely result in the program being “dead on arrival” in the Republican-controlled Congress.

Still, the president’s plan is modeled after one that already exists — in the red state Tennessee.

The New York Times quotes the president’s domestic policy chief as saying “We don’t expect the country to be transformed overnight, but we do expect this conversation to begin [Friday].”

The president will reveal the plan Friday while speaking in Knoxville, Tennessee. During his YouTube announcement, Obama said the plan was a preview of his State of the Union address. He also told reporters in a conference call it will be in his 2015 budget.