Why Obama Refused To Speak At His Daughter's Graduation 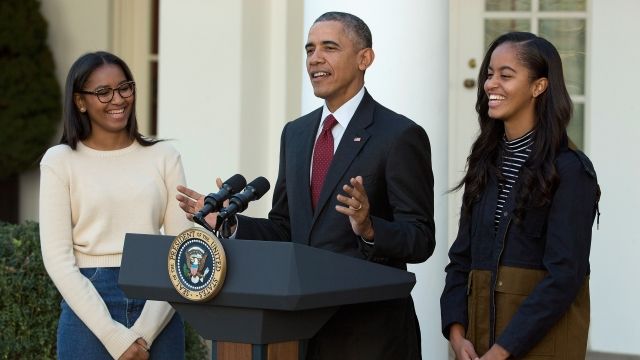 SMS
Why Obama Refused To Speak At His Daughter's Graduation
By Ryan Biek
By Ryan Biek
January 21, 2016
Parents will likely relate to the reason President Obama says he won't be able to give a speech at daughter Malia's high school graduation.
SHOW TRANSCRIPT

Proud parents out there –– you may have never been asked to speak at your child's graduation, but you might relate to the reason President Obama turned the opportunity down.

While out for lunch in Detroit Wednesday, Obama told those with him he wouldn't speak at his older daughter's high school graduation because he'll be fighting back tears. (Video via ABC)

He predicted how emotional this time would be for him back in 2014 during a commencement speech in Massachusetts. (Video via The White House)

"Part of the reason I'm here is because I've got to practice because Malia's graduating in two years. So I'm trying to get used to not choking up and crying and embarrassing her," Obama said.

Apparently, he needs some more practice. Malia Obama is set to graduate from the private Sidwell Friends School in the spring. It's unclear which college she'll attend. (Video via CBS)