Why Obama Picked Chicago For His Presidential Library 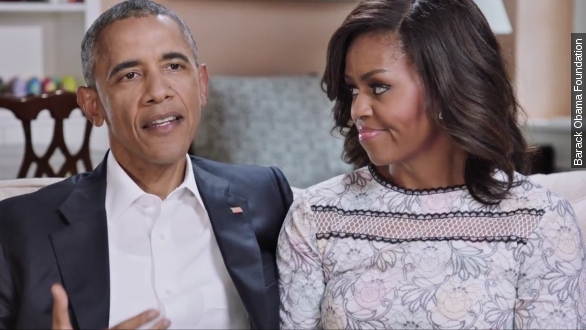 "With a library and a foundation on the south side of Chicago, not only will we be able to encourage and affect change locally, but what we can also do is to attract the world to Chicago," President Obama said.

The University of Chicago bid for the city to be home to the Barack Obama presidential library and won. It's not a huge surprise, seeing as the Windy City is where Obama worked as a community organizer in the '80s before returning to teach constitutional law in the early '90s.

But what is slightly surprising is Chi-Town beat out Hawaii, Obama's birthplace and where he spent his childhood.

It also beat out the Big Apple, the location of the president's alma mater, Columbia University.

"I consider myself a south-sider," First Lady Michelle Obama said.

"All the strands of my life came together and I really became a man when I moved to Chicago. ... That's where I met my wife; that's where my children were born," the president said.

The library will be hosted by The University of Chicago. The president and first lady also own a home near the university where the president taught constitutional law.

And according to The University of Chicago's proposal, the library will be beneficial to the south side of Chicago.

The university says during construction, it will create about 3,300 new local jobs. It also projects the project will bring in 800,000 visitors every year, about half of them being from out-of-town. The university estimates it will also lead to 40 new restaurants and retail stores, which would mean about 1,900 new jobs. In all, the project may annually bring in $220 million, with a $56 million increase in local earnings.

And while having the library in Hawaii or New York would have also brought in additional tourism and jobs, one could argue Chicago needed it more.

According to the Bureau of Labor Statistics, Chicago has an unemployment rate of 6.4 percent. The other two potential host cities, Honolulu and Manhattan, aren't even on the list.

But really, the Prez was playing favorites, and everyone kind of knew Chicago was going to be the winner.

"One of my grandfathers, you know what we called him?" Michelle Obama asked.