Why Now Is An Especially Bad Time For A Government Shutdown 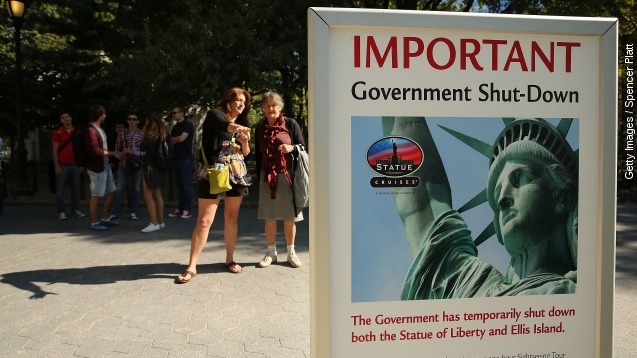 Since the U.S. started formal budgeting, a full government shutdown, like what we saw in 2013, has happened 12 times.

Eight of those were under Ronald Reagan, who threatened to veto, and then did veto spending bills to check the Democrat-controlled House. (Video via U.S. National Archives)

But threatening a shutdown isn't really a viable option right now for either party because of the upcoming election.

As unpopular as the government is, shutting it down is even less popular.

The Pew Research Center reports popular opinion of the government dipped sharply after the last shutdown.

"I talked to Kevin McCarthy, the House majority leader today. He said, 'Look. The GOP was not going to go fight over Planned Parenthood,'" MSNBC's Luke Russert reported.

And that opens the door to compromise, something that in this case might actually be less politically poisonous than the alternative.