Why Not Everyone Is Convinced Conor McGregor Is Retiring 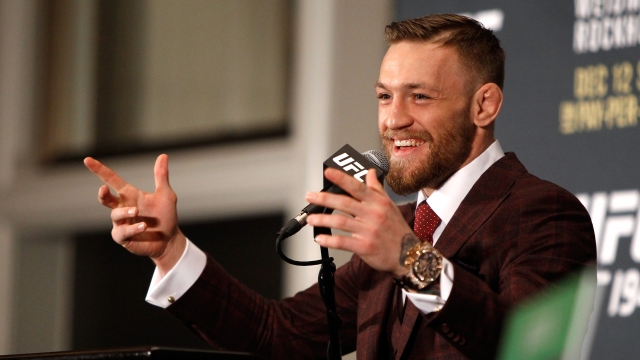 With one tweet, the UFC may have just lost its biggest star — or maybe not.

Conor McGregor shocked the sports world Tuesday when he tweeted he would retire young.

If it's true, the move is stunning to say the least. McGregor has become a global star since joining the UFC in 2013, setting pay-per-view records, and he seemed to love every minute of it.

Not only that, but McGregor already had another match scheduled. He was set to avenge his recent loss to Nate Diaz at UFC 200. But not everyone is convinced that was his final fight.

"He says he’s retiring, and he’s got a handful of things that are working in his favor to make this a simple contract negotiation because I believe that’s what this is," ESPN's Dan Le Batard said.

Even if McGregor does decide to fight again, it won’t be at UFC 200. UFC President Dana White said the Irishman was pulled off the card for refusing to come to Las Vegas to promote the matchup.

There’s been a lot of online speculation about McGregor’s true motives, because this has been anything but a typical retirement announcement.

Several outlets implied it had something to do with the death of Joao Carvalho. McGregor attended his last fight in Dublin in which the Portuguese fighter sustained fatal head injuries.

But that’s all just speculation because we haven’t heard a word from McGregor or his camp since his tweet. Plenty of outlets reached out but haven’t heard anything so far. Only "Mystic Mac" knows if or when he’ll fight again.

This video includes clips from UFC, ESPN, Fox Sports and Budweiser and images from Getty Images.