Why North Korea's Russia Rejection Stings The Most 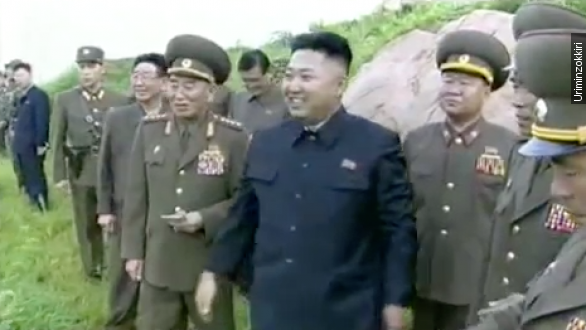 SMS
Why North Korea's Russia Rejection Stings The Most
By Kate Grumke
By Kate Grumke
May 1, 2015
Vladimir Putin is holding a WWII commemoration in Moscow, but many Western leaders rejected his invitation. Now North Korea is the latest to bail.
SHOW TRANSCRIPT

Thursday, Vladimir Putin's press secretary confirmed the news that yet another world leader is skipping Putin's WWII commemoration military parade — a celebration that in past years has been a chance for Russia's President to show off the country's military strength. (Video via The Kremlin)

North Korea's Kim Jong-Un is giving Putin the cold shoulder, and backing down from taking a trip to Moscow for the parade. A Russian spokesperson said he wasn't going because of "internal Korean affairs." (Video via Korean Central News Agency)

Russia's continued role in Eastern Ukraine prompted some leaders from the West and beyond to turn a cold shoulder to Putin. (Video via Euronews)

Some of the most high profile rejections came from David Cameron, François Hollande, Shinzo Abe and Barack Obama.

Germany's Angela Merkel didn't give an outright no, instead choosing to go to a wreath-laying the next day instead of the parade. A spokesperson told Deutsche Welle, "In view of the Russian actions in Crimea and eastern Ukraine, participating in the military parade was not appropriate." (Video via Bundesregierung)

A rejection from countries imposing sanctions on Russia can be expected, but a rejection from the country Russia just declared a "year of friendship" with is another thing.

For Kim Jong-Un, this would have been a symbolic trip, as it's his first time abroad since taking power. And many observers were interested to see how he would interact with other heads of state who are expected to attend.

This comes at a time when Russia and North Korea are working on closer economic and diplomatic ties, and when Putin is hoping to at least give the appearance that he hasn't completely isolated himself from other world powers. (Video via Arirang)

Still, Putin won't be alone at his party. China's President Xi Jinping, President Pranab Mukherjee of India and Cuban President Raúl Castro are among those who are expected to attend the military parade. (Video via The Kremlin)