Why No One On TV Wants To Say 'Super Bowl' 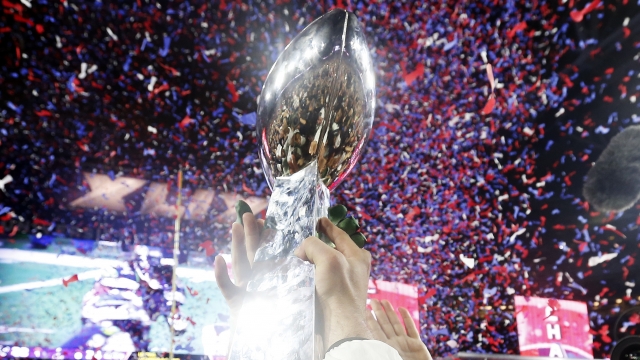 Super Bowl 50 is this Sunday, and everyone's talking about it — though they might not be using the words "Super Bowl."

That's because the term "Super Bowl" is copyrighted by the NFL, prompting people to use a euphemism like "the big game" — or something else. Remember "The Colbert Report"? (Video via Inside Edition)

"We are in night three of my Superb Owl coverage!" Colbert said in an episode leading up to the 2014 game.

As it turns out, Colbert would probably be within his rights to just come out and say Super Bowl, thanks to the concept of nominative fair use. Essentially, you can say the name as long as you're referring to the game and make it clear you're not an official NFL sponsor.

Despite this, companies are often unwilling to take that step, mainly because the NFL is extremely aggressive in protecting its copyright. In 2007, the league famously pushed an Indianapolis church into canceling a Super Bowl watch party.

So why the "Super Bowl" crackdown? Truth is, the NFL isn't just doing this to protect its own brand. It's also making sure its biggest backers stay happy.

Brands like Bud Light, Papa John's and Hyundai are "official sponsors" of the league, meaning they can say Super Bowl as much as they want in their ads. (Video via Anheuser-Busch)

"You get a free pizza after Super Bowl 50," "Papa" John Schnatter said in a Papa John's ad.

"We get it after the Super Bowl," replied Broncos quarterback Peyton Manning.

The NFL wants to make sure this right stays exclusive — so much so that it's tried to copyright the phrase "the big game" as well, though that 2006 attempt fell through. Besides, Stanford and Cal have been playing their Big Game long before anyone said the words "Super Bowl."