Why Netflix Will Rule The Video Streaming World 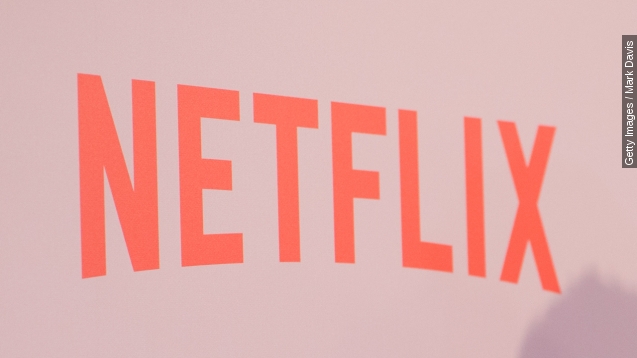 SMS
Why Netflix Will Rule The Video Streaming World
By Lexie Hammesfahr
By Lexie Hammesfahr
June 15, 2015
Netflix continues its global domination in the TV streaming industry, and revenue in that market is expected to double by 2020.
SHOW TRANSCRIPT

Online TV is officially set to take over the world.

Over-the-top services, or OTT, are video, television or other services on the Internet. So that includes companies like Netflix, Hulu and Amazon.

"I'm the king of the world!" said a character in "Titanic." (Video via Paramount Pictures / "Titanic")

The research firm also says the number of homes with video-on-demand subscriptions will jump from the projected 117 million by the end of 2015 to a jaw-dropping 249 million homes.

According to Simon Murray, principal analyst at Digital TV Research, we can thank Netflix's expansion ambitions for the success in OTT video.

With Netflix's international expansion plan, the firm anticipates the streaming giant's reach will expand to over 26 million subscribers by the end of the year. If you combine that with the expected U.S. subscriptions, the global total grows to almost 70 million.

That's a lot of people watching the content Netflix creates.

And for that reason, it's probably a good thing the company doesn't release its viewership data. If creators of the shows knew their ratings, that's immense pressure to constantly live up to expectations.

"House of Cards" creator Beau Willimon emphasized that idea when he spoke with The Hollywood Reporter saying, "All [executives] say is, 'Well, we're doing well, and we'd like another season.' And that's really all I need to know."

He also explained Netflix told him it was investing in creativity because it will lead to a good product.

And because of the way people watch Netflix shows, executives don't have the pressure to constantly create new shows to fill time slots like they do on cable or network television. This lends more time and finances to fewer but stronger shows.

Also, services like Netflix and Hulu began as platforms for episodes from old series or shows. So when they started creating their own programming, they had to make sure it was strong enough to compete with both cable networks and their competitors.

With Netflix's hit shows, Forbes points out there's a formula the service uses for success. In both "Orange is the New Black" and "House of Cards," the plots have an anti-establishment approach, and the power structure among the characters is clearly defined.

And Netflix said bingewatching is the new normal, and we're not upset about it.