Why Netflix Will Probably Compete With Itself In Australia 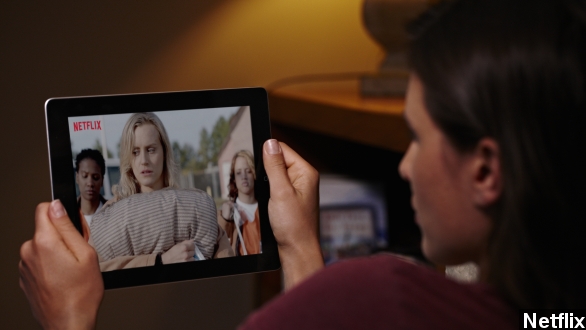 SMS
Why Netflix Will Probably Compete With Itself In Australia
By Mikah Sargent
By Mikah Sargent
March 24, 2015
Netflix has officially launched its service in Australia, though it could find itself competing with itself in the country.
SHOW TRANSCRIPT

It's official, Netflix has launched in Australia, and the company's definitely excited about it.

"The most exciting opportunity around Netflix in Australia is making a true, global platform for stories and storytellers from Australia," Netflix Chief Content Officer Ted Sarandos told the Australian Financial Review.

But there's something Australians might not be too thrilled about. Sarandos goes on to say, "... a lot of the content that we license in the U.S. and around the world is different from country to country."

The Sydney Morning Herald cites two sources that claim Netflix Australia has far fewer available titles than Netflix U.S. and Netflix Canada. For what it's worth, a spokesperson for Netflix told the outlet the numbers are incorrect. Regardless of exact amounts, it's clear Netflix Australia has a smaller library.

And that could be a problem for the company. See, Australians are already watching Netflix — and a lot of it. They're just doing it using less-than-legitimate means.

Because of complicated licensing deals, Netflix is only allowed to show certain content in certain places. Netflix is able to tell where a computer is located when it uses the service, so Australian viewers are blocked from watching content available in the Netflix U.S. library. (Video via Netflix)

Unless they use a special service called a Virtual Private Network, or VPN. This tricks Netflix and other sites into thinking a computer is in a different location. In this case, Australians can make Netflix believe they're logging in from the U.S. (Video via Australian Broadcast Corporation)

And according to this study from Pocketbook, that seems to be happening often. "Our study found Netflix to be the second most popular paid-content media company in Australia, despite the fact that they are not officially available here."

In other words, Netflix could end up competing with itself in Australia — especially if its local library doesn't get up to par with Netflix U.S.
Still, there is one incentive that could have Aussies making the switch.

Internet service providers in Australia work a bit like cellphone providers in the U.S.: you get a certain amount of data to use each month.

According to Mashable, Netflix has struck deals with local Internet service providers to ensure customers can watch Netflix without it counting against their monthly quota.

The VPN trick has Australian Netflix viewers draining their quotas quickly. Whether that will be enough to get users to switch remains to be seen.

In the meantime, Netflix Australia can target that remaining 72 percent of Aussies viewing content on competitors' services.