Why Netflix Is Dumping 'The Hunger Games' 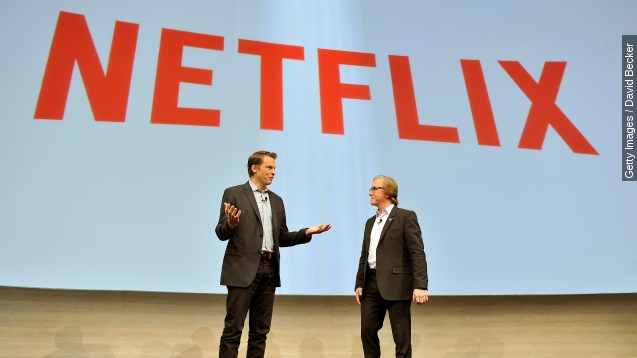 If you’ve been thinking about sitting down to watch “The Hunger Games: Catching Fire” on Netflix, you might want to move those plans up. A month from now, that title and many others will disappear from the streaming service.

Netflix says it won’t be renewing its agreement with Epix, a premium cable channel with the rights to films like “Transformers: Age of Extinction,” “World War Z,” and “Catching Fire,” all of which will be off Netflix at the end of September.

So, why the move? Netflix says it prioritizes exclusivity, making sure the titles on Netflix can’t be found anywhere else. This hasn’t been the case with Epix films since 2012, when the channel signed a similar deal with Amazon’s streaming service.

Though the Epix films may be leaving, Netflix says it’s still got enough content to make its service worthwhile. (Video via Netflix)

This includes an agreement with Disney which kicks in next year, allowing Netflix to exclusively show Marvel, Pixar, and yes, even the new Star Wars films.

“Chewy, we’re home,” said Harrison Ford in a clip from “The Force Awakens.”

Netflix is also beefing up its stable of original movies, which will soon include a war drama starring Idris Elba, a Christmas special starring Bill Murray, and four new movies from Adam Sandler. (Video via Netflix)

That last deal hit a bump in the road in April when about a dozen cast members walked off the set of Sandler’s "The Ridiculous Six" in response to the film’s portrayal of Native Americans.

Questionable jokes aside, it’s hard to believe Netflix’s original films will fill the gap left by the Epix deal. Re/code points out those movies could appeal to certain audiences but are unlikely to be big crowd-pleasers. (Video via ABC / "Jimmy Kimmel Live")

For now, the clock is ticking for Netflix users as they try to watch their favorite new movie before it goes away. (Video via Netflix)

This video includes images from Getty Images and Bensound / CC BY ND 3.0.