Why More People Quitting Their Jobs Is A Good Sign 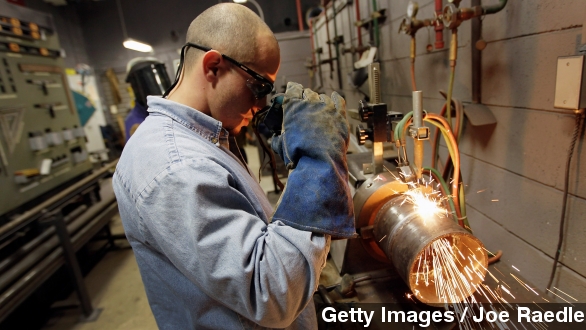 SMS
Why More People Quitting Their Jobs Is A Good Sign
By Kate Grumke
By Kate Grumke
March 10, 2015
The Bureau of Labor Statistics reported more Americans are quitting their jobs, which could be an indicator of a healthy economy.
SHOW TRANSCRIPT

Over the past year, the number of Americans quitting their jobs has been on the rise, according to the Bureau of Labor Statistics — and that could actually be a really good thing.

People don't usually leave a job if they're worried they won't be able to get another one. And often, people quit jobs to find better-paying ones. (Video via Working at Microsoft)

So the fact that people quitting their jobs rose by 17 percent in the past year — and was higher than the six years before that — shows that American workers feel like things are looking up for the economy. They're not afraid to quit.

The trend is noticeable in the restaurant and hotel industries, for example. According to the Department of Labor, almost half of those hospitality workers quit last year, and wages rose by 3.4 percent. (Video via Four Seasons)

And as more people leave their jobs, that opens up more jobs for the unemployed.

Plus, when more people are quitting their jobs, employers overall typically increase their wages to try to keep the employees they have and attract new ones.

So even if you aren't thinking about quitting your job, the fact that other people are could be good for you.

This video includes images from Getty Images and Adikos / CC BY 2.0.