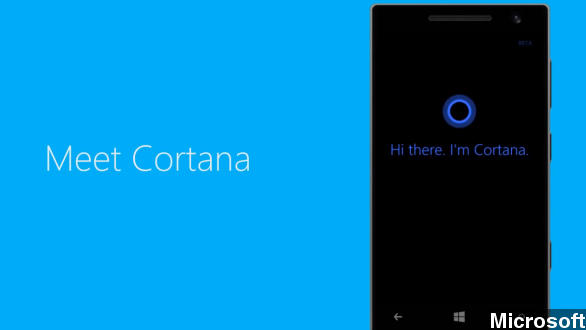 If Siri just isn’t cutting it, you might have an alternative for your digital secretary needs. If you can stand the idea of Microsoft software on your iPhone, that is.

All of the speculation and analysis was sparked by a single report from Reuters that Microsoft might bring its Cortana digital assistant to iOS and Android devices. (Video via Nokia)

Cortana was first designed into Windows Phone about a year ago. Microsoft is working on bringing it to its Windows 10 desktop OS and now, apparently, to mobile handsets where it will compete with other digital assistants.

Google Now, which is stock on Android, uses data mined from Google’s other services to provide useful information before you think to ask for it.

Apple’s Siri is more reactive: most of its abilities require prompting from a user first.

Microsoft seems to think there’s room for a middle ground. Cortana rolls together aspects of both proactive and reactive assistants. (Video via TechRadar)

But as Ars Technica notes, the better the Cortana experience on other devices, the less reason people have to even consider the Windows Phone ecosystem.

It’s not clear that Microsoft can afford that. The latest Numbers from IDC show Microsoft holds just 2.7 percent of the smartphone OS market in the U.S.

Some have suggested it might be time for Microsoft to pack it in in the mobile space.

But that’s a bit of a refrain: Microsoft’s smartphone share has languished below three percent for close to a year now, and industry watchers have floated the idea before.

Still, with numbers like that you can see why Microsoft might not want to limit itself to its own ecosystem.

The Verge writes, “The software maker has consistently shown that it’s willing to bring its best Windows features to rival platforms in an overall effort to improve its services and apps.”

When that might happen — or even if it'll happen — still isn’t clear.