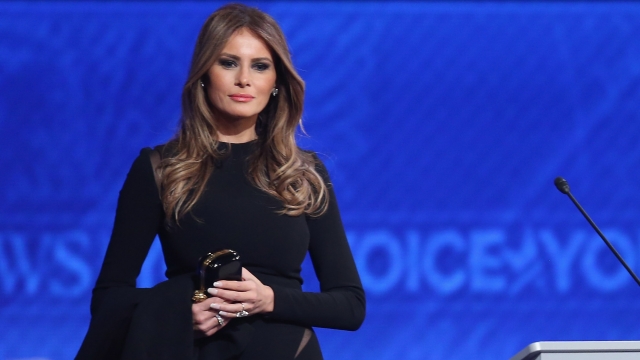 Melania Trump's website — including its statement that she graduated from college — has been deleted. And media outlets noticed.

There's been lots of speculation about Melania Trump's education. Her website claimed she graduated from a university in Slovenia with a degree in design and architecture. But a Slovenian biography of the potential first lady says otherwise. The writers say she dropped out of school after her first year to model.

In what seems to be a response to the scrutiny, she tweeted on Thursday, "The website in question was created in 2012 and has been removed because it does not accurately reflect my current business and professional interests."

"We must do our best to ensure that every child can live in comfort and security with the best possible education," Melania Trump said at the RNC.

Her education was highlighted during the convention — her bio in the official program said she did indeed graduate from college.

The domain melaniatrump.com now redirects to the Trump Organization's website, but as of Thursday night, her Facebook page still listed that design and architecture degree.