Why Mars One's Mission Looks A Lot Like Reality TV 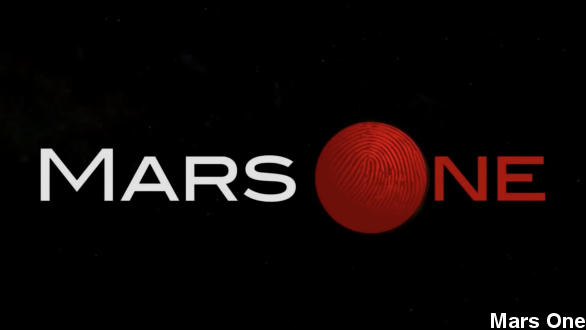 It plays more like a movie trailer than anything else: This is how Mars One announced the 100 finalists for its 2024 mission to Mars.

Of these 100 people, as many as 40 will ultimately be selected for the privately funded mission, and their bios on the website read something like those of participants in a reality TV show.

There's a reason for that. Mars One wants to make the entire process of the mission, from selecting its astronauts to landing on the red planet, an "on-going global media event" in order to draw in funds for the project.

And the cast of characters it's selected for the final 100 is very, very broad: The group includes representatives from 36 different countries, with ages spanning from 19 to 60 and occupations ranging from stand-up comedy to astrophysics.

A quick look at the final 100 reveals the U.S. provided the most candidates with 33, followed by Australia, with seven; South Africa, with six; and the United Kingdom and Russia tied with five each.

The diversity is partly down to the fact Mars One issued an open invitation to anyone in the world who met its base criteria, including this man from Poland, who says he is a Martian. (Video via YouTube / Mikolaj Zielinski)

Of all 100, only four have ever worked with a space program, and all four of those have worked with NASA in some capacity. (Video via RTE, Manifest Motion Pictures, NASA, YouTube / oskirrii)

On top of that, seven members of Mars One's 24-member advisory board have worked with NASA in the past.

But NASA as a whole hasn't really gotten involved directly in Mars One's mission, and it seems the agency thinks the project is, at the very least, harmless.

NASA officials said last year that although the agency doesn't really have any regulatory power, it would speak out if it saw a company doing something it saw as risky. (Video via The Royal Institution)

Still, a group of Massachusetts Institute of Technology graduate students put out a paper last October saying the project wasn't only risky, but with current technologies, it would also be deadly.

The paper found without supplementary oxygen, astronauts would suffocate just 68 days into the mission, but Mars One's plan to counterbalance that using crops to provide both food and oxygen for the colony would create unsafe levels of oxygen within the colony. (Video via Mars One)

Despite this, Mars One's timeline currently has the project beating NASA to Mars by at least 10 years, although that's subject to change. (Video via NASA)

The project originally aimed to reach Mars by 2023, instead of 2024, and not only planned to select its 40 final astronauts by 2013 but also planned to have them in training by 2014.